"The contribution made by each one of them was much impactful towards attaining the country’s freedom." 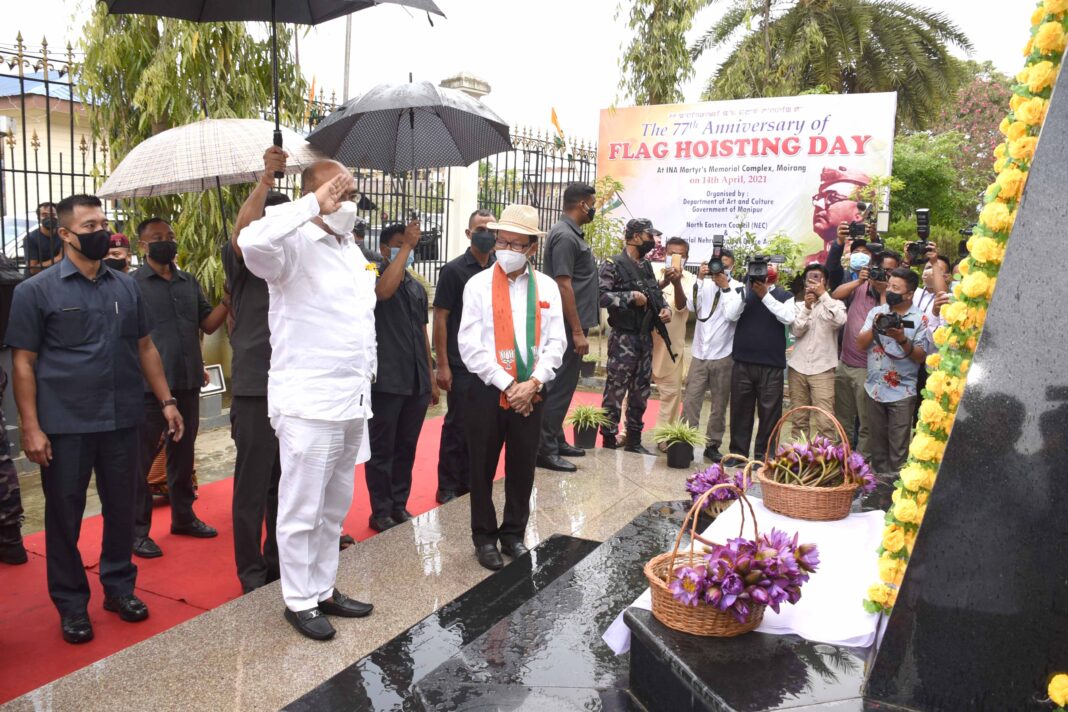 “It was on April 14, 1944 that the flag of the Indian National Army was hoisted for the first time on Indian soil at Moirang,” said an official statement.

After his arrival at the INA Martyr’s Memorial Complex, N. Biren Singh unfurled the Tricolor and also led the other dignitaries in paying floral tribute to the statue of Netaji Subhas Chandra Bose installed inside the complex.

Speaking on the occasion, N. Biren Singh recalled the “invaluable” contribution made by freedom fighter Netaji Subhas Chandra Bose in liberating the country from the colonial rule of the British. He added that India had witnessed differences in ideology and ways used by different leaders during the freedom struggle against the British. “However, the contribution made by each one of them was much impactful towards attaining the country’s freedom,” he added.

The Chief Minister then stated that many Indian leaders had played significant roles during the freedom struggle but unfortunately their contributions are not known to the following generation. He, therefore, expressed his desire that “every citizen should pay homage and remember our leaders and their roles in making India a free country”. He further maintained that every citizen should have a sense of belongingness and bear a true spirit of nationalism, without which no person could achieve success in any field.

N. Biren informed that the INA Headquarter at Moirang would be well preserved in memory of Netaji Subhas Chandra Bose and the Tricolor would also be installed at the place to make it a centre of attraction for tourists. He further added that the State Government had come to an agreement with the owner and paperwork for purchase of the land where the INA Headquarter once stood was in process. He appealed to the people of Moirang not to raise any objection at the time when the “owner would be given an alternative space for his residence by the Government”. He also stressed on the need to enlarge the current INA Memorial Complex.

Stating that love for the motherland and mutual respect are the foundation of a strong nation, he appealed to the public to pay respect to one another’s community and religion and go together towards the path of development of the State.

During the function, cultural dances and songs were performed by different troupes.