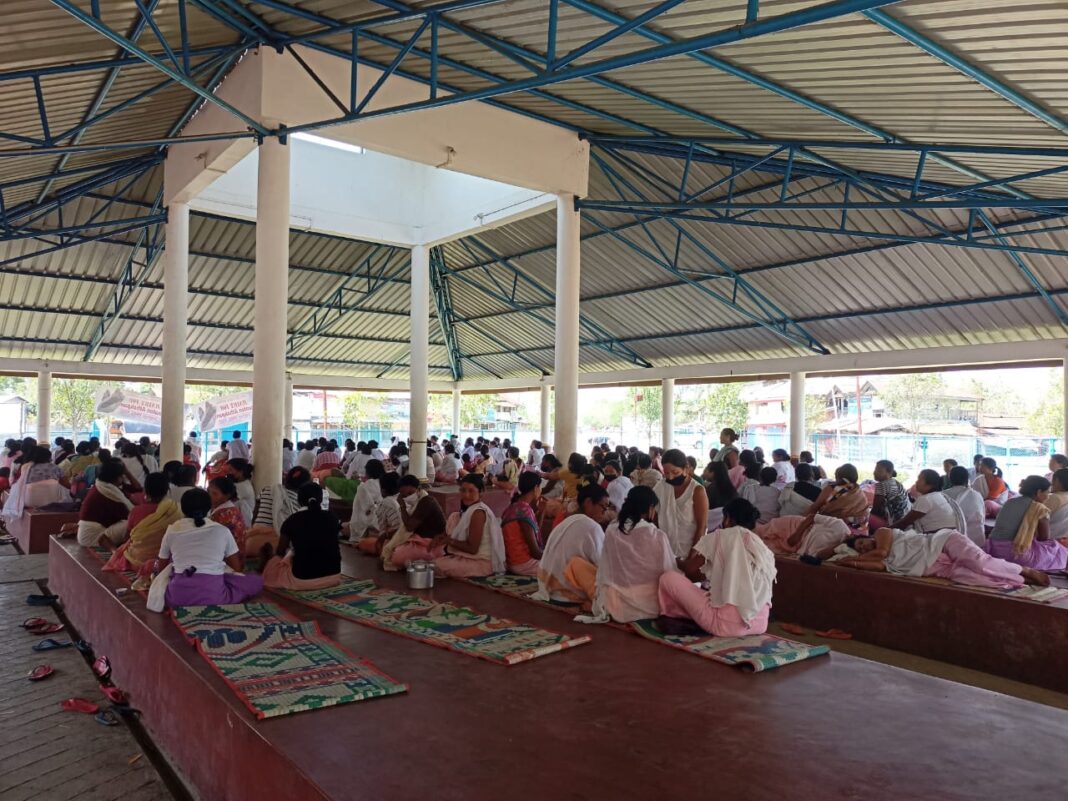 Intensifying the ongoing agitations demanding justice for a medical student of Regional Institute of Medical Sciences (RIMS), Imphal, protesters on Friday demanded resignation of the director of the medical institution.

Sanaton Athokpam, an MBBS fifth semester student of Regional Institute of Medical Science (RIMS) was found hanged inside his hostel room with his hands tied on the back on March 15. Residents of Khurai area where the deceased student hailed from have been launching various forms of agitations including blocking of roads and staging sit-in-protests. Owing to the road blockade stir, normal vehicular movement continues to be disrupted in eastern parts of Imphal. Protesters have been blocking the roads in the area since Thursday morning, forcing diversion of traffics on the roads passing through the area. The same road blockade continued today also.

Normal shopping and marketing at Khurai Lamlong Bazar, the biggest market in Imphal East, one of the twin capital districts was also paralysed due to a dawn to dusk total shutdown of market including shops and other establishments in and around the market area.

The total shutdown call, given by Lamlong Keithel Phambi Apunba Nupi Lup showing solidarity to the agitations being launched by the residents of the area under the aegis of “Justice for Sanaton Athokpam” lasted till 6pm. During the shutdown hours, women vendors also staged a protest at a community hall at nearby locality and they shouted various demands for justice for the deceased student. They further demanded resignation of the RIMS director and investigation of the death case by filing an FIR. They further demanded suspension of the warden of gents’ hostel no. 3 of RIMS where the medical student died.

Meanwhile, Manipur chief minister N Biren Singh on Friday said that the state government took the death of the medical student seriously and a magisterial inquiry has already been initiated to find out the truth of the case.

Talking to reporters on the sideline of the inauguration function of the year long Golden Jubilee Celebration of Manipur Cinema in Imphal, the chief minister said that the government ordered the magisterial inquiry only to find the truth behind the death of the student. “The state government is awaiting the report of the inquiry and the state government will act according to the finding of the inquiry”, he said.