Pema Khandu appealed to indigenous leaders to suggest ways to the department for preserving cultures and languages. 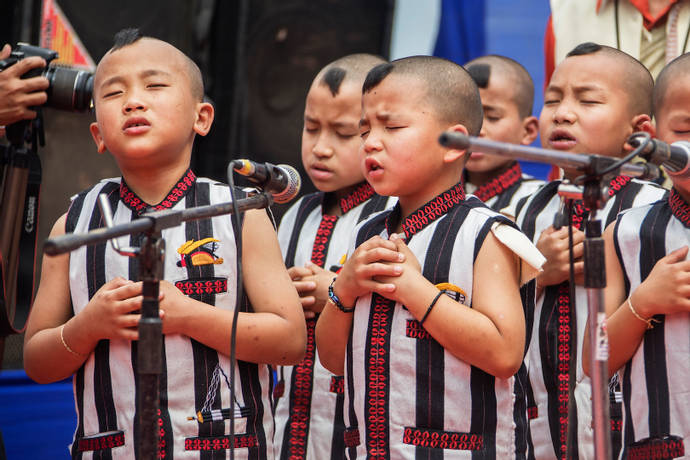 Khandu said the school will help in promoting and preserving indigenous traditions, culture and language, it said. Mr Pema Khandu lauded the Donyi Polo Cultural and Charitable Trust for the initiative and Pai Dawe for donating land for the Gurukul-type institution.

Khandu said his government is committed to preserving the indigenous culture of the state and has established the Department of Indigenous Affairs, for which he has earned the praise of people from even the neighbouring states.

“People from our neighbouring states congratulated me. Many of them have lost their indigenous identity. We Arunachalees have woken up at the right moment,” Mr Khandu said.

Pema Khandu appealed to indigenous leaders to suggest ways to the department for preserving cultures and languages.

“Being a Monpa, I follow Buddhism. My culture is safe as it is institutionalised. We learn and earn degrees in Buddhism. Therefore, we need to establish institutes that teach our kids their respective indigenous culture, heritage, language, way of living and take pride in it,” Mr Khandu said.