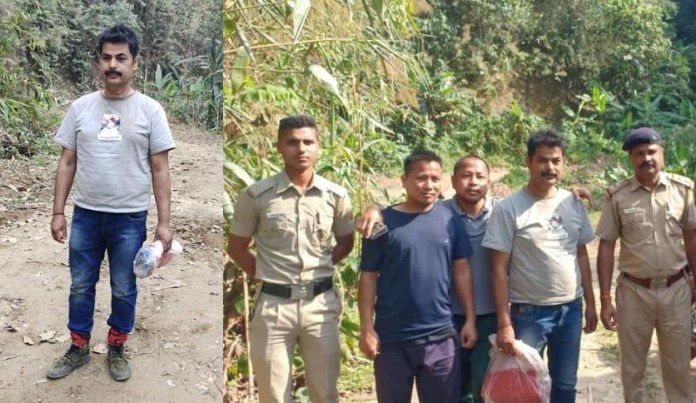 Patriotic People’s Front Assam (PPFA), while expressing relief at the release of Assamese engineer Pranab Kumar Gogoi after three months of abduction, voices serious concern over the fate of Ram Kumar, who is yet to be released by the banned United Liberation Front of Assam (Independent). The forum of nationalist citizens also expressed concern that the militant outfit has not issued any statement over the development.

According to Gogoi, he and Ram Kumar from Bihar were separated on 4 March 2021. In fact, on the same day, both the employees of Haryana based Quippo Oil and Gas Infrastructure Limited were expected to be released after obligatory negotiations with the company.

They were kidnapped together from Dayun Khumsai drilling area of Arunachal Pradesh for ransoms on 21 December 2020 by a group of armed militants. It was later delayed because of ‘misreporting’ by a city based digital news platform about their release and the ULFA (I) demanded an apology from the media outlet.

Finally, the issue was resolved after repeated apologies from the concerned scribes. They tendered apologies along with a fervent appeal to release both the Quippo employees.

Indian Journalists’ Union (IJU), in a statement issued from Hyderabad on 6 March, expressed dismay over repeated intimidations by ULFA (I) rebels against the scribes. Expressing concern over it, IJU president
K Sreenivas Reddy and secretary general Balwinder Singh Jammu requested the militant leaders to clarify on whereabouts of Gogoi and Kumar (so that concerned families get convinced about their safety).

It carried significance as ULFA (I) top leader Barua on 12 January admitted that both the abducted Quippo employees were in their custody. Speaking to a city based news channel, Barua even threatened
to take  actions against them if the outfit’s share of money  (for extracting natural resources in Northeast) was not paid by the company. And the first victim would be the Bihar man, asserted  Barua.

“It will be very unfortunate if  Ram Kumar becomes the victim of circumstances and the history will never forgive the people of Assam, if we do not raise voices for his earliest  and safe release,” said a statement issued by PPFA adding that the authority, civil society groups and common people must stand united for his safety without getting amused with the release of an Assamese national by the militants.