This has been made possible in India due to the National Polio Immunisation programme which, this year, is being organised from Sunday, 31 January to 02 February. 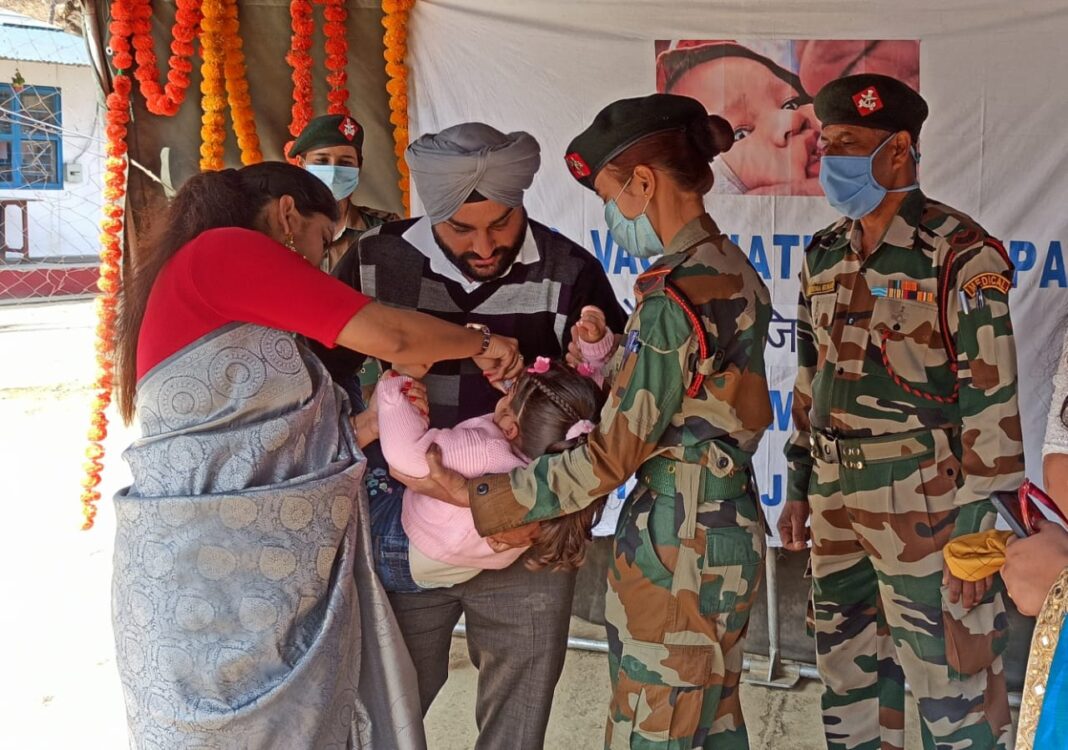 In a press statement, PIB (Defence Wing) said that polio drops were given to children below five years of age during the camp set up by the medical team of the unit. Conducted under Pulse Polio Immunisation Programme across India, the prime focus of the drive was to eradicate the dreaded disease by administering polio drops to children in the age group of 0 to 5 years.

“Polio is an infectious disease caused by the polio virus. Its effects range from symptoms of headache, body pain, fever and irritability to complete paralysis at its extreme,” the statement said, adding that the deadly viral disease that was once the leading cause of paralysis among children worldwide, was now very close to being eradicated.

This has been made possible in India due to the National Polio Immunisation programme which, this year, is being organised from Sunday, 31 January to 02 February.

The Commandant and the medical officer of the unit also took the opportunity to sensitise the people about the current COVID-19 scenario.

“We should show no leniency till the time we are able to fully defeat this pandemic,” it added.