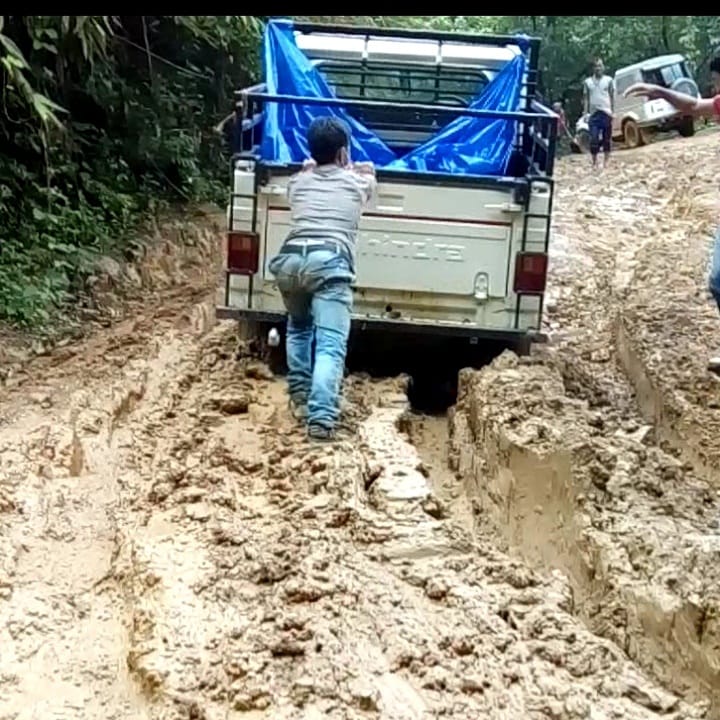 Awangbou Newmai, Minister of Forest, Environment and Climate Change assured to provide financial support and feasible means for repairing the defective areas and make the Tamenglong-Tousem and Tousem-Kaiphundai road motorable within the month of July while the pending projects are pursued.

He made the assurance in a meeting when Tousem Area Students’ Organisation (TASO) met the Minister at his residence on Friday to discuss and elaborate on some important pending issues that the people of Tousem Sub-Division have been facing for so many years. During the meeting many other crucial matters which needed much developmental works to be implemented at the earliest were deliberated.

Emphasizing in regards to functioning of SDO Office, the TASO requested the Minister to expedite the process of shifting the administrative office of Tousem Sub-Divisional Officer to the Tousem Headquarter and set up measures to initiate necessary adminstrative works at the Headquarter itself without further delay, release from TASO said.

Due to the absence of banking facilities and inaccessibility of internet in the area, the team highlighted the difficulties that the people are facing. According to TASO, the team also shared grievances about developing various infrastructures and ongoing developmental works in the headquarters. In response to the matter, the minister gave his assurance to find the possible means available and solve the persisting problems and to look into these matters and see that developmental works are properly monitored and built satisfactorily.

In the issue of bad road connectivity between Tousem and Tamenglong, and Tousem and Kaiphundai, the Minister gave his assurance to make the roads motorable within the month of July. He made an assurance to provide financial support and feasible means for repairing the defective areas while the pending projects are pursued, TASO said.

While mentioning the need to solve various matters related to maintaining Law and Order, TASO share utmost importance of the presence of police personnel in the headquarters and see that the deputed personnel are stationed at their outpost.