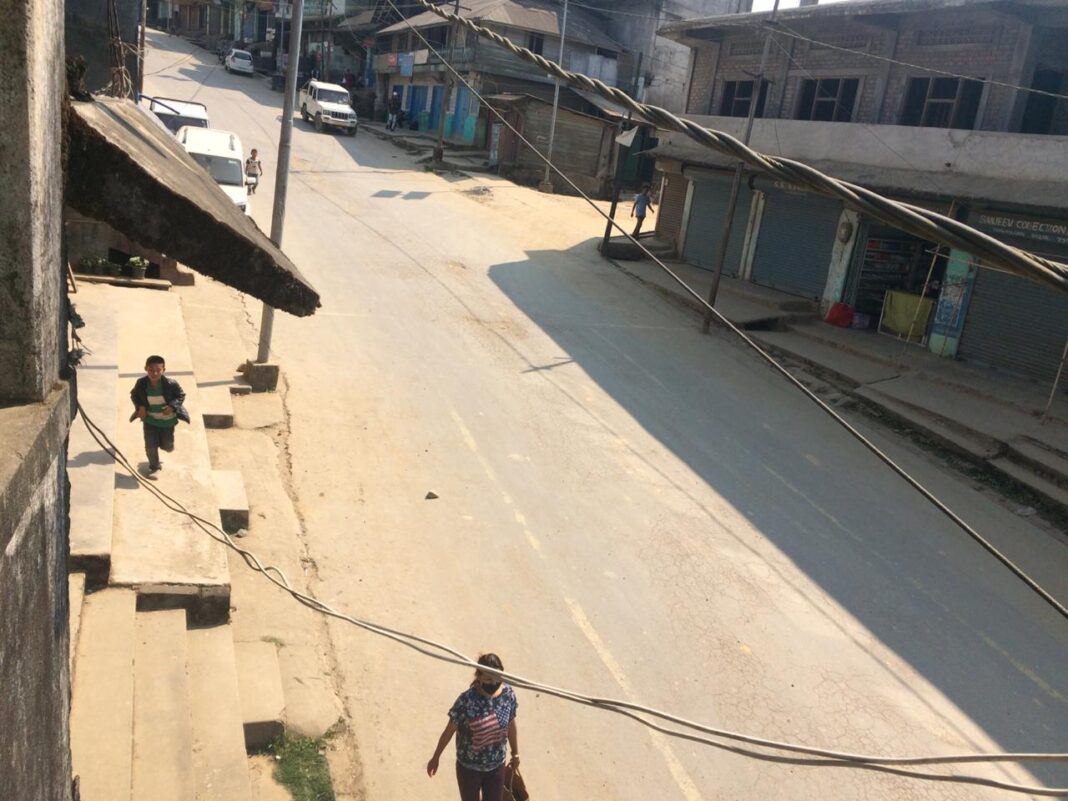 Normal life was hit across the hill districts of Manipur on Saturday due to the 24-hour bandh called by the All Tribal Students’ Union Manipur (ATSUM) in protest against the delay in holding elections to the Autonomous District Councils (ADCs).

Reports said that streets in all the district headquarters wore a deserted look as all kinds of vehicles including private and taxis remained off the roads. All shops, other business establishments, financial sectors, educational institutions etc. also remained closed for the day.

No inter-district transports including passenger service operated on Saturday in the hill districts due to the bandh.

Inter-state movement of vehicles was also affected along NH-37 and NH-2, the two lifelines of the state that pass through the hill districts of the state. Imphal-bound vehicles including goods laden trucks were reportedly stranded midway, fearing attacks from the bandh supporters if they defy the bandh.

Reports said that the bandh mostly affected normal life in Ukhrul, Churachandpur, Tamenglong, Kangpokpi, Senapati, Noney and Chandel where bandh supporters came out on the streets, particularly at the district headquarters and along the national highways, and enforced the bandh by blocking roads. At some places, they even burnt logs and discarded tyres on the roads to disturb traffic.

The ATSUM imposed the 24-hour bandh in the hill districts demanding elections to the six ADCs covering all the nine hill districts of the state which the state government superseded upon expiry of the extended terms by an order issued on November 30, 2020.

The tribal student body went ahead with the 24-hour bandh as no concrete decision was arrived at in the talk with the government at chief minister’s level on March 11. The bandh commenced on March 12 midnight.

While announcing the bandh, the ATSUM had also threatened to give an indefinite economic blockade if the state government still failed to issue necessary election notification even after the 24-hour bandh.