Joykumar Singh said that Self Help Groups (SHGs) and Clusters should work for the promotion of local traditional varieties of cloths and marketing facilities within and outside the state should also be increased. 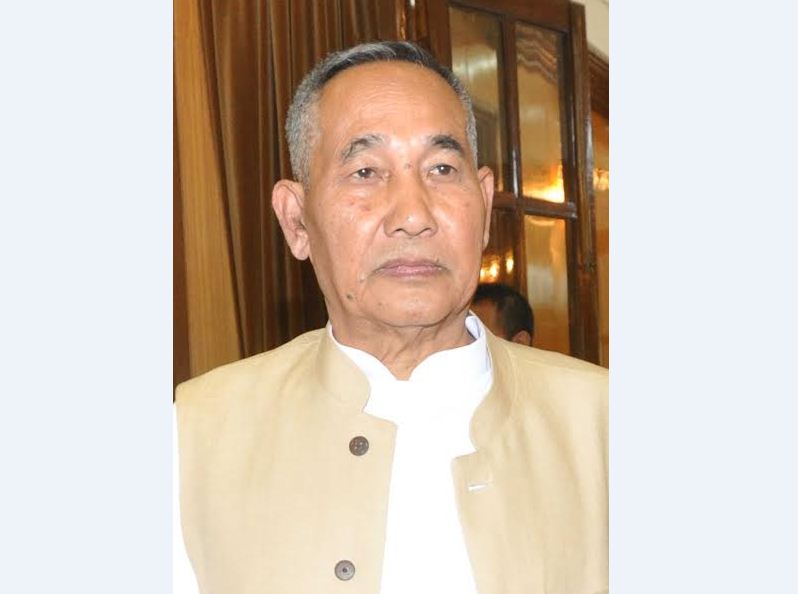 Manipur Deputy Chief Minister, Yumnam Joykumar Singh has said that bank loans should not be treated as grants and habit of repayment should be encouraged among masses.

He was speaking at the inaugural function of Common Facility Centre & Distribution of Seed Money as MUDRA Loan and Sewing Machine to 90 beneficiaries of Livelihood & Enterprise Development Programme (LEDP) Imphal East under the sponsorship of National Bank for Agriculture & Rural Development (NABARD) at Lai Lampak Community Hall in Sabungkhok village on Tuesday.

The Deputy Chief Minister said that the attitude of proper utilization of bank loans for productive works and again the habit of loan repayment should be developed among ourselves. He further said that, if so banks will take interest in lending money to the people. He also said that beneficiaries should not confine only to the trades where many people have been working already but they should develop innovative ideas using expertise in them. “Such innovations will definitely help to extend business volume and more profit will be made,” he added.

Insisting on promotion of traditional dress making, Joykumar Singh said that Self Help Groups (SHGs) and Clusters should work for the promotion of local traditional varieties of cloths and marketing facilities within and outside the state should also be increased. Corpus funds by contributing a little amount of money each by the members of SHGs and Clusters should also be made so that it can be helpful in the hour of need, he added.

Joykumar Singh then distributed sanction letters of Rupees 20,000/-, Certificates and sewing machines each to the beneficiaries of three Clusters of Imphal East under LEDP Programme on the occasion.

Also speaking on the occasion, General Manager, NABARD, Manipur Regional Office Dr. M. Srinivasa Rao said that a new business model is being developed by the Self Help Groups and Clusters in the grassroots. He also said that the interest shown by the women folks in the sector is very interesting and NABARD will try to support their initiative all the time. He said, NABARD will work to replicate the model by extending monetary support to different SHGs and Clusters in the State.Chairman, Manipur Rural Bank Samarendu Samal said that Manipur Rural Bank is always ready to support such initiatives of developing entrepreneurship and income generation in the State. Th. Biramangol Singh, Secretary, People’s Development Society (PDS) also spoke on the occasion.