Farmers Of Chingjaroi Village Reeling Under Severe Drought; Appeal CM Biren to Look Into Their Woes

Eighteen crore two lakh and fifty thousand rupees worth paddy fields has been affected by drought, according to AS. Roviso president Chingjaroi Khullen. 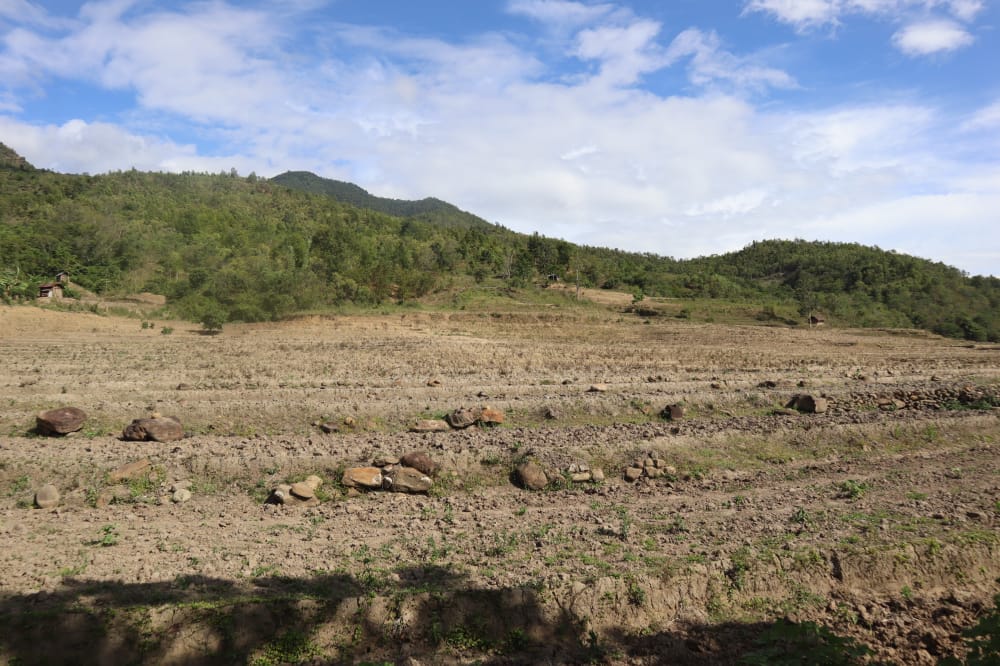 With massive acres of field sites left uncultivated due to severe drought, farmers of Chingjaroi village has appealed chief minister N Biren Singh to step in and mitigate their genuine problems.

In the midst drought and late arrival of monsoon and their seedlings rendered unusable, the affected farmers who had not cultivated any of their field were caught unaware as the spell of climate change came calling heating their main source of livelihood.

Chingjaroi Village is located in north of Ukhrul district under Chingai assembly constituency. It is about 90 km from district headquarters. Inhabited by three sister villages, it is home to around 1000 households.

“Farming is my main occupation and and with my family main source of living being cut off we are sure to face untold problems as there is no other alternative to sustain us.” AS. Ningmila aged around 50 informed the Ukhrul Times as she laid bare her family situation. Like her there are several other villagers who had not sowed any rice plants.

Sharing the plight of the affected farmers, Roviso Enoch said that Chingjaroi has a population of approximately some 6000 heads of which, the vast majority are struggling and wondering as to what to eat for the coming year, as out of 29 paddy field sites, only three of them has water on them. The remaining 26 field sites have no water to quench the parch desert like thirst from the ground. Even if rain comes the farmers are running behind time as the paddy saplings have all been burnt by the sun. The streams are running without water and the farmers are working without water.

Informing that around 100 households has not cultivated any plot of fields worth eighteen crore two lakhs and fifty thousand rupees in the worst ever drought, Enoch has appealed chief minister Biren to rendered timely help and fill the stomach of many and bring something to cook in hundreds of households.

Stating that around 40 plus farmers have been severely affected as they had not planted any paddy seedlings, Chingjaroi Ngachaphung headman Ngazek and Chingjaroi CV secretary Rocky Soro have appealed concerned authorities of the State to look into the plight of the affected farmers.

The duo also maintained that several other farmers have also been affected.

Failure of crop also pose many other serious challenges in the lives of the farmers. With pandemic second wave and now the delta variant situation unlikey to improve, many poor farmers’ lives are at stake, given the looming food crisis and in the absence of viable alternative.

“With impact of climate change, there is urgent need for rain dependent farmers to streamline their farming system. Joining hands with the concerned departments overseeing the agrarian issues could be one of the many initiatives it could take up. The plight of farmers is likely to continue in the years to come, hence practical measures to meet the unseen eventualities. State government intervention in agrarian system in the hills confronting the farmers should be the main thrust area that needs special attention,” said Roviso.