“The decision to be taken by the president will be final. We have to agree and abide by it,” L Jayentakumar who was dropped from the council of ministers said. 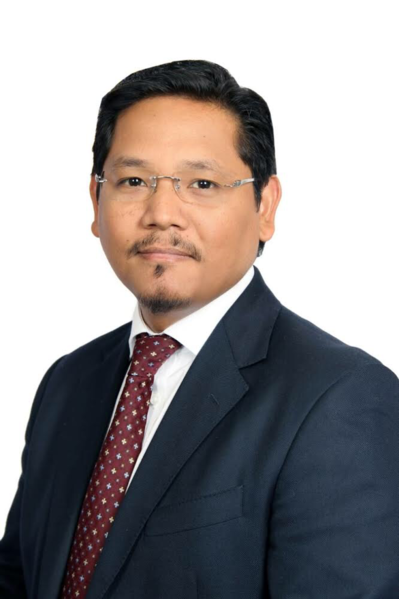 MLAs of National People’s Party (NPP), Manipur unit, one of the major partners of the BJP-led coalition government in Manipur,  left Imphal for Shillong on Saturday to discuss the political situation of the state.

According to the MLAs, they will meet the party president and discuss the prevailing political situation in the state. They may review the party’s partnership with BJP, the party leading the coalition government in the state.

When asked whether the party will pull out of the coalition government, they said that it will depend on the decision of the president. “The decision to be taken by the president will be final. We have to agree and abide by it,” L Jayentakumar who was dropped from the council of ministers said.

Claiming that NPP is a disciplined political party, N Kayissi who was also dropped from the council of ministers said, they will abide by the collective decision to be taken during the meeting with the NPP supremo.

Even as all the four MLAs of NPP were given ministerial berths in the BJP-led coalition government earlier, the party had on many occasions expressed dissatisfaction with the government under the leadership of N Biren Singh.

The party had even withdrawn support to the government after submitting resignations as cabinet ministers in June and joined hand with the Congress in a failed attempt to topple the BJP-led government.

However, the party had to review its decision of pulling out of the coalition government after a series of negotiations at the level of Central leaders of both the parties.