Four things we learned from the Quarter Final of the Euros 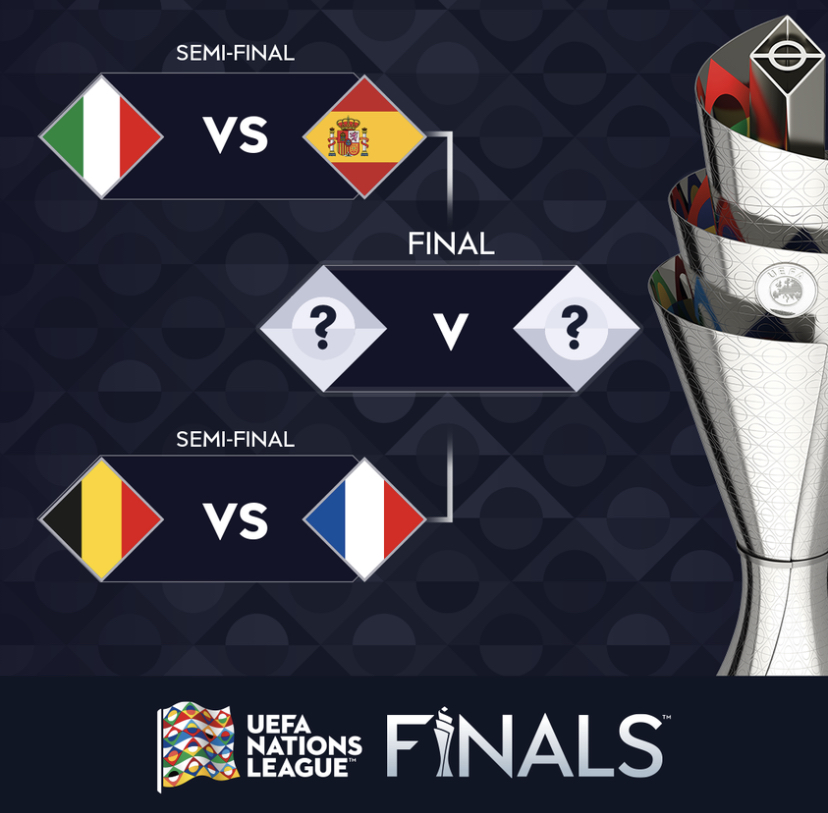 Blink and we’re into the last four of the 2020 Euro Cup being played in 2021. So, what did we learn from the quarter-finals of the Euro? Here’s our lowdown.

Belgium’s Golden Generation put to Sword by the Azzurri
Belgium have been at the top of the FIFA country rankings for a few years now thanks to their impressive roster of world-class players who are at the top of their games. However, like many Golden Generations of other countries, the Red Devils have also failed to live up to the expectations in major tournaments. Many touted this Belgium team led by Roberto Martinez to bring home Belgium’s first-ever major international trophy. But with their preparations disturbed by injuries to major players (both Eden Hazard and Kevin De Bruyne were unfit going into the tournament) and the queue for the treatment table getting longer after each game, the Red Devils never quite got into top gear. And just like they did in the last Euros, they fell short in the Quarter Final again, losing 2-1 to an impeccable Azzurri side.

The Azzurri defence, aided by the return of skipper Chiellini were too cool for the Red hot Belgians who, for all their attacking riches, failed to score from open play. Now, with many of the Belgian golden boys approaching the autumn of their careers, you wonder if the defeat by the Azzurri was the final blow to another golden generation that never reached its zenith. A reborn Azzurri, on the other hand, look favourites to go on and win their first major tournament since their golden generation last won the World Cup in 2006.

Spain’s xG demons back again
Spain have been by far, one of the most attacking and entertaining teams in the Euros. Their intricate passing and quick transition of play have sliced open many teams like a hot knife on butter. However, the highest-scoring team in the Euros are also the most wasteful in front of goal. Many times, they have been able to ready their butter only to find the bread was missing from the table. La Rojas has been extremely bipolar as an attacking unit, scoring at will on some days and then the goals drying up on other days.

Against Switzerland in the Quarter Final, who played with just 10 men in the last 45 minutes of the game (30 minutes of Extra Time), the Spaniards recorded 66% possession and 27 shots at goal. With an xG of 3.19 in the game, you’d have expected the Spanish scoreline to be well in the 2-3 goal mark but the truth was that their only goal came via a wicked deflection that was rewarded as an own goal. Interestingly, that was also the third own goal La Rojas has benefitted from in the Euros, the highest among all teams. The game ended 1-1 after extra time and Spain would go on to win 3-1 on tiebreakers.

For Luis Enrique, the demons would be haunting him in his sleep as he wonders whether his team’s attack would be Spain’s greatest asset or their Achilles heel against Italy in the last four. A game between the highest-scoring yet the most wasteful against one of the leanest defence in Europe will be one for the ages.

Perfect England gets the job done
The biggest dilemma for Gareth Southgate going into the Euros this summer was England’s defence. With the natural leader at the back Harry Maguire still nursing an injury, critics were out writing off the English defence even before the start of the campaign. However, Southgate has expertly navigated between personnel and tactics at the back and England remains the only team who haven’t conceded a goal in the Euros this summer. Harry Maguire, now fully fit, has also been seamlessly integrated back into the side that looks impregnable at the moment.

The good news doesn’t end there for England as the English rediscover their form in front of goal after a subdued start to the Euros. Having scored only two goals in the three group games, fingers were being pointed at their talisman Harry Kane who has been heavily linked with a move away from Tottenham this summer. However, Kane has scored three in the last two appearances to silence the critics and looks to be back at his best.

The Three Lions have been one of the most assured teams in the Euros with many teams unable to fluster the relatively young English lions. With this young core of talents well nurtured by experienced players such as Henderson and Maguire, the ethos of the team seems to be at its best. And at this rate, it is hard not to jump on the English bandwagon. Maybe it is coming home after all!

Denmark’s fairytale run continues
The talk around this Denmark team in the first two group games were solely about Christian Eriksen and the way in which the Danes conducted themselves in the face of adversity. And while many people thought the psychological impact of seeing one of their best players fall down unconscious on the pitch would get the better of them, the Danes have turned it around and used it to spur themselves on.

Their brand of total attacking football and the freedom in which the Danes are playing has been a joy to watch. For the Danes, every game they get to play in this year’s European Championship has been a chance to express themselves. Back in Euro 1992 when the Danes won their first and only European Championship, they only qualified at the expense of Yugoslavia who were disqualified as a result of the breakup of the country and warfare back home. They were the underdogs and without any expectations whatsoever, the Danish team with Peter Schmeichel in goal went on to stun everyone by winning the Championship.

29 years later, the Danes find themselves in another Semi-Finals of the Euros as the biggest underdogs. What more? Peter Schmeichel’s son Kasper Schmeichel is the custodian between the sticks for the Danes who have a date with England at Wembley on the 8th of July (12:30 am). The magic of football eh!