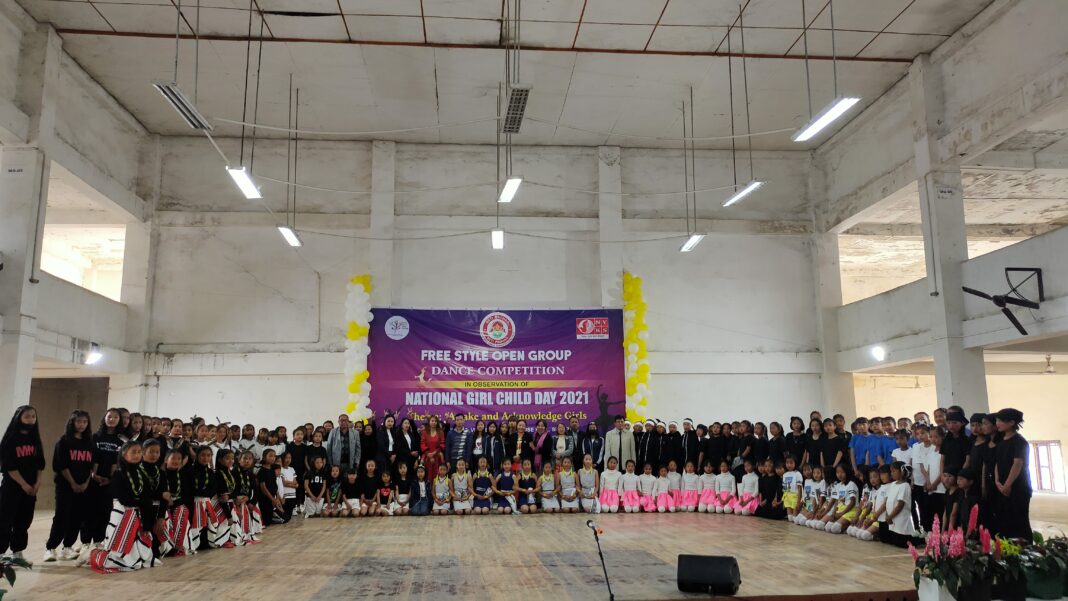 The event was jointly organised by the District Administration, Senapati with the ICDS Cell, Senapati. The program was graced by Th. Kirankumar, IAS, DC, Senapati as the chief guest in the presence of different district level officers and staff of the concerned department. 20 girl teams from the age groups of 7-15 years took part in the competition.

Miranda Zimik, DPO, ICDS Cell, Senapati in her welcome note stated that this day is observed as the National Girl Child Day under Ministry of Women & Child Development, Govt of India since 2008 with the purpose to spread awareness among people about all the inequalities girls face in the Indian society.

The department of the ICDS Cell, Senapati was awarded with the National Award for effective engagement of community and National Recognition for Innovative Approach in the implementation of the BBBP Program in the past, she mentioned.

Speaking as the chief guest, Th. Kirankumar, IAS, DC, Senapati asserted that there are many girls who excel in their own ways in different fields. There were times when there is lesser celebration when a girl child is born in a family or assigning duty to a girl child and not to the boy child which he pointed as a wrong notion. The DC urged the people to encourage the girl child of a family in various activities to the extend upto how much a parent can support. With the encouragement and support given to a girl child could shine in her life, he mentioned.

The DC stated that the National Girl Child Day talks about all the girl children trying to save their own families when they grow up and urged to check the status of the girl child in every society how they are treated. In order to achieve the goal to lift up the condition of a girl child should begin with education in order to bridge the gap and to liberate them. When everyone is educated, a society would also develop, he asserted. The competition of the day, he stated to look forward for active participation so as to give them an art as they start to participate in a society. With world facing the pandemic, the DC asks the women and girl child to take the lead in trying to contain the spread of the virus in the district.