Hundreds of Imphal-bound loaded trucks were reportedly stranded beyond Kangpokpi district on both the highways. 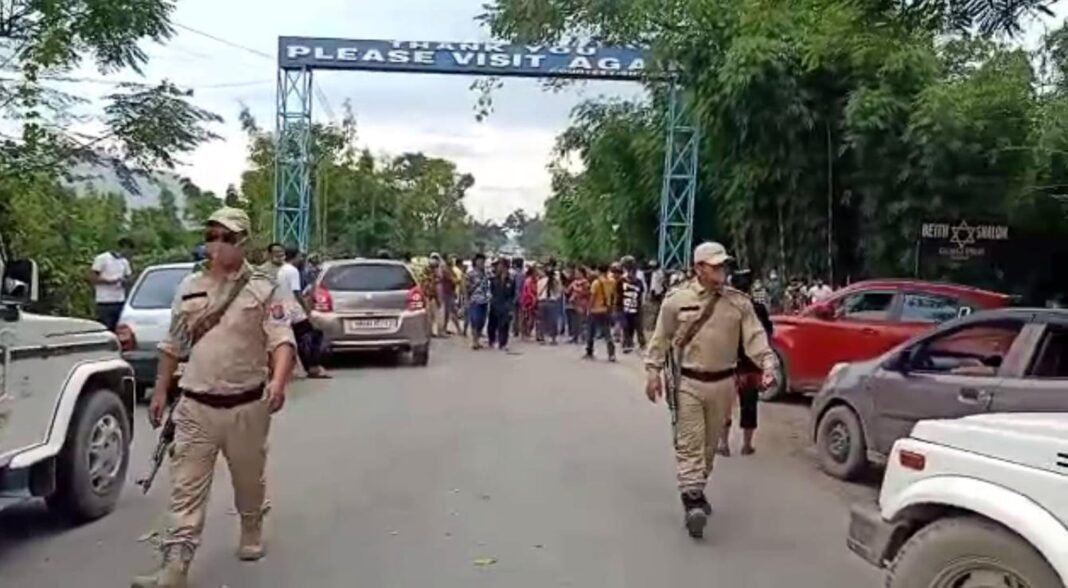 Normal vehicular movement along NH-37 (Imphal-Jirbam) and NH-2 (Imphal-Mao), the two lifelines of Manipur, continued to be disrupted for the third day on Wednesday.

Kangpoki district based civil society organisations have been imposing a five-day total bandh along these two national highways. The bandh commenced on October 5 at 1 pm and will continue till October 10.
Owing to the bandh, movements of almost all kinds of vehicles along the two national highways remained suspended till date even though some Imphal-bound vehicles were escorted back by the security forces on Tuesday.

Hundreds of Imphal-bound loaded trucks were reportedly stranded beyond Kangpokpi district on both the highways.

Reports said that bandh is being imposed by the residents of Kangpokpi district by coming out on the highways within the district jurisdiction since the very day of commencement of the agitation.

The organisations are protesting against demarcation of land allotted for the construction of National Sports University (NSU) at Koutruk area. The bandh also hit normal life in parts of the district, particularly in Kangpokpi district headquarters where shops, business centres and other establishments remained down their shutters.

Claiming that a portion of land allotted to NSU on Haroathel village side lies within the jurisdiction of Kangpokpi district, the Kangpokpi based organisations are demanding inclusion of stakeholders of the district (Kangpokpi) in the demarcation process.