The man who allegedly ran the factory has evaded police arrest even though his wife was arrested, NAB superintendent of police (SP), W Basu told reporters. 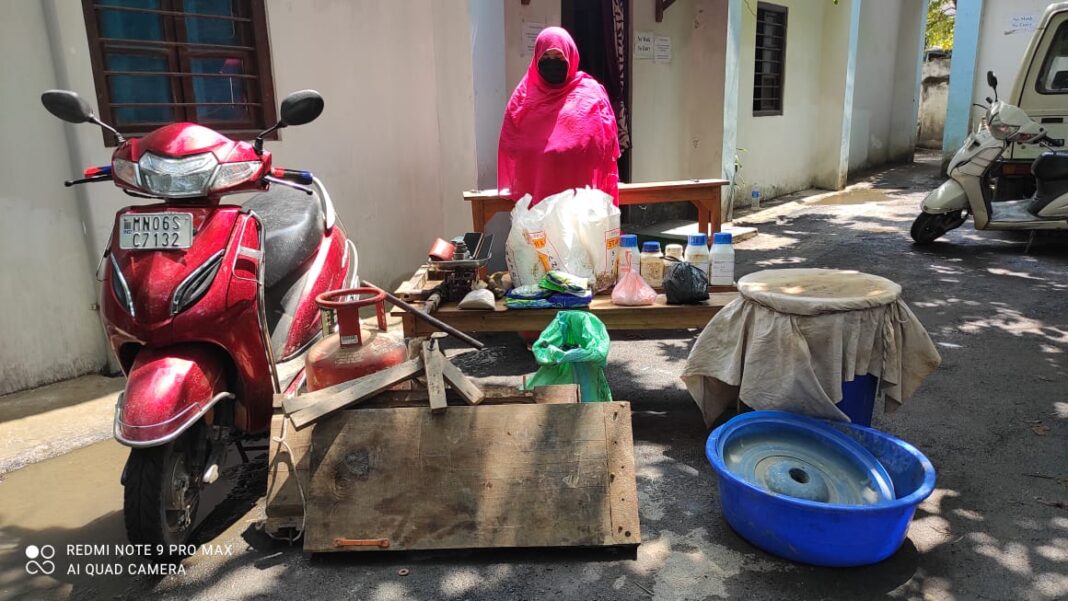 In a raid conducted by a combined team of personnel of Narcotic and Affairs of Border (NAB) and Imphal West district police, a woman was also arrested, police said on Thursday. The man who allegedly ran the factory has evaded police arrest even though his wife was arrested, NAB superintendent of police (SP), W Basu told reporters. The police officer identified the escaping accused as Chesam Ayub Ali and his wife arrested by the police has been identified as Chesam Sahera (30).

The illegal brown sugar factory was busted on Wednesday night, around 11 pm.

According to the police officer, one packet of brown sugar weighing about 217 gram, five packets of opium weighing about 4.3 kg and two sacks of remnants weighing about 21.864 kg were recovered from the site. Three packets of lime, five bottles of ammonium chloride, one steel bucket, weighing tools, one pair of hand glove, a cooking gas cylinder, one blue colour tub, 75 litres capacity brite containing morphinated solution, one wooden press with stand for extracting brown sugar and a Honda Activa brand scooter were also seized from the said house of Ali, he further said.

A case was registered at NAB police station and investigation has been initiated, the officer added.