The nationwide strike called by the farmers against the farm laws on Tuesday will begin at 11am and continue till 3pm. 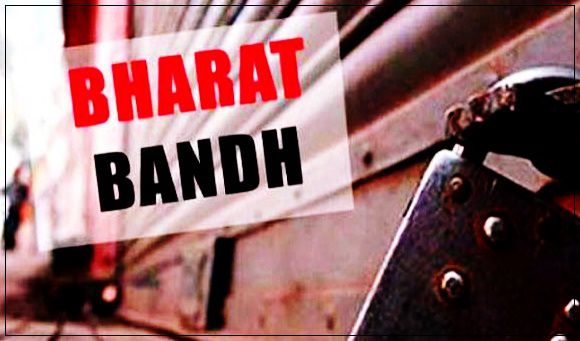 Left parties in Manipur on Monday announced their support to the proposed “Bharat bandh” to be imposed on Tuesday.

The Bharat bandh or the nationwide strike called by the farmers against the farm laws on Tuesday will begin at 11am and continue till 3pm.

The farmers are protesting against three bills – The Farmers’ Produce Trade and Commerce (Promotion and Facilitation) Act, 2020, The Farmers (Empowerment and Protection) Agreement on Price Assurance and Farm Services Act, 2020, and the Essential Commodities (Amendment) Act, 2020.

Left parties in Manipur, in a joint statement on Monday, announced that they would extend support to the proposed bandh.

The joint statement expressed their solidarity with the farmers’ agitation and support to the ongoing massive agitation by Kisan organisations from all over the country against the new farm bills.

The statement strongly condemned the RSS/BJP’s campaign, on preposterous charges, against the struggle of “our annadatas” to safeguard Indian agriculture and the country’s food security while demanding immediate scrapping of the three farm laws.

The parties further demanded scrapping of the Electricity (Amendment) Bill, 2020.

The Left parties further appealed to all other political parties to stand with the farmers’ cause and to their demand for the repeal of the laws by extending their support and cooperation to bandh.