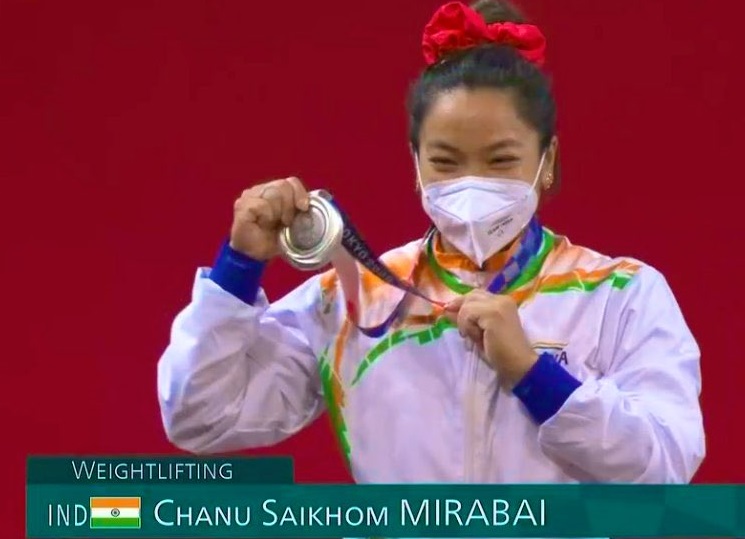 The former world champion clinched a bronze medal at the weightlifting arena in Asian Championship in Tashkent, Uzbekistan in April 2021.

Chief Minister of Manipur was quick to announce Chanu’s win over twitter – “What a day! What a win for India. Mirabai Chanu wins silver in Weightlifting Women’s 49kg category, India open tally in Tokyo Olympics. You have made the country proud today. Bravo”

Mirabai Chanu had said in Uzbekistan in April 2021, “I am happy with my performance at the Asian Championship 2021. Thank you everyone for your love and support. I will continue to work hard and improve myself”.

Union Home Minister, Amit Shah also congratulated Mirabai Chanu and said, “So proud of Mirabai Chanu for clinching the silver medal in the Women’s 49kg Weightlifting category at the Olympic Games. Wishing you all the very best for your future endeavours.”

The news of her Silver medal win was also confirmed by PTI.