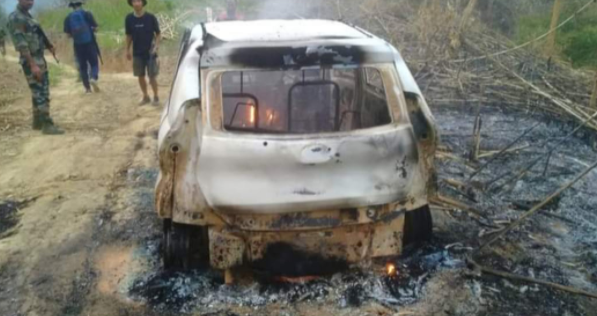 The Special Investigation Team headed by a DIG constituted to investigate the State Crime Police Station – Case No. 02/2021 have arrested 4 (four) suspected persons on 30/03/2021 in connection with the firing and killing of three persons in Lamhainamdi Village on 22/03/2021. The four arrested persons are:

Subsequently, a Special Investigation Team headed by a DIG ranked officer was constituted for investigation of the case. On registration of the case, the Special Investigation Team visited the place of occurrence on 24/03/2021. The team inspected the Scene of Crime and recorded the statements of the police personnel posted in the disputed area and also examined and recorded the statements of the eyewitnesses to the incident. On 25/03/2021, extensive raid and search operations were carried out by combined team of SIT, DEF, STF and special branch personnel, in the vicinity of scene of crime and neighbouring villages. Following this Operation many relevant materials and evidences were collected and seized including empty and live ammunitions of various calibres.