Narengbam Samarjit, founder of Salai group brought back to Imphal on Monday

He was accused of collecting a huge amount of money and cheated the public by taking deposits from the public by offering 36 per cent annual returns on the deposits made to the Salai Group of Companies/SMART Society without any legal authority. 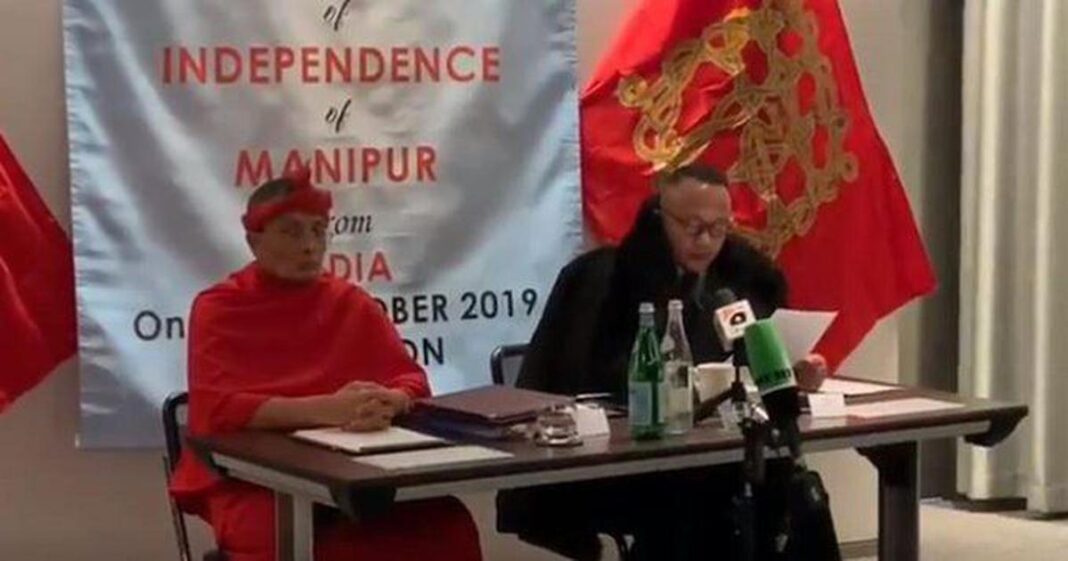 Narengbam Samarjit, one of the two persons behind formation of a “government in exile” in the United Kingdom after “declaring Manipur’s independence”, arrested by an NIA team was brought to Imphal on Monday.

Samarjit who had claimed to be the minister of external affairs and defence minister of “Manipur State Council” after the “government in exile” was formed on October 30, 2019 was arrested by the NIA from Indira Gandhi International Airport, Delhi on March 25. He was brought to Imphal on Monday afternoon. Soon after his arrival at Imphal airport, police took him away in a vehicle, avoiding many people who converged at the airport to have a glimpse of the founder chairman of Salai Group of companies.

Reports said that NIA filed a charge-sheet against Samarjit and “de-jure chief minister” Yambem Biren and three others including a brother of Samarjit on March 23 last in connection with its probe in the “Manipur State Council”. They were charge-sheeted under several sections of the Indian Penal Code (IPC) and the Unlawful Activities (Prevention) Act (UAPA) before a NIA Special Court in Imphal, the reports further said.

The reports then said that during the investigation it was found that Narengbam Samarjit Singh was the chairman and managing director of Salai Group of Companies and SMART Society.

Among others, he was accused of collecting a huge amount of money and cheated the public by taking deposits from the public by offering 36 per cent annual returns on the deposits made to the Salai Group of Companies/SMART Society without any legal authority.

The NIA further alleged that the illegitimate funds were further utilised for unlawful activities.
The NIA investigation was related with a case registered by the Manipur police on October 30, 2019, pertaining to the declaration of independence of Manipur from the Union of India and formation of Manipur State Council at London on October 29, 2019 by self styled external affairs and defence minister Narengbam Samarjit Singh and self styled chief minister of Manipur State Council Yambem Biren.