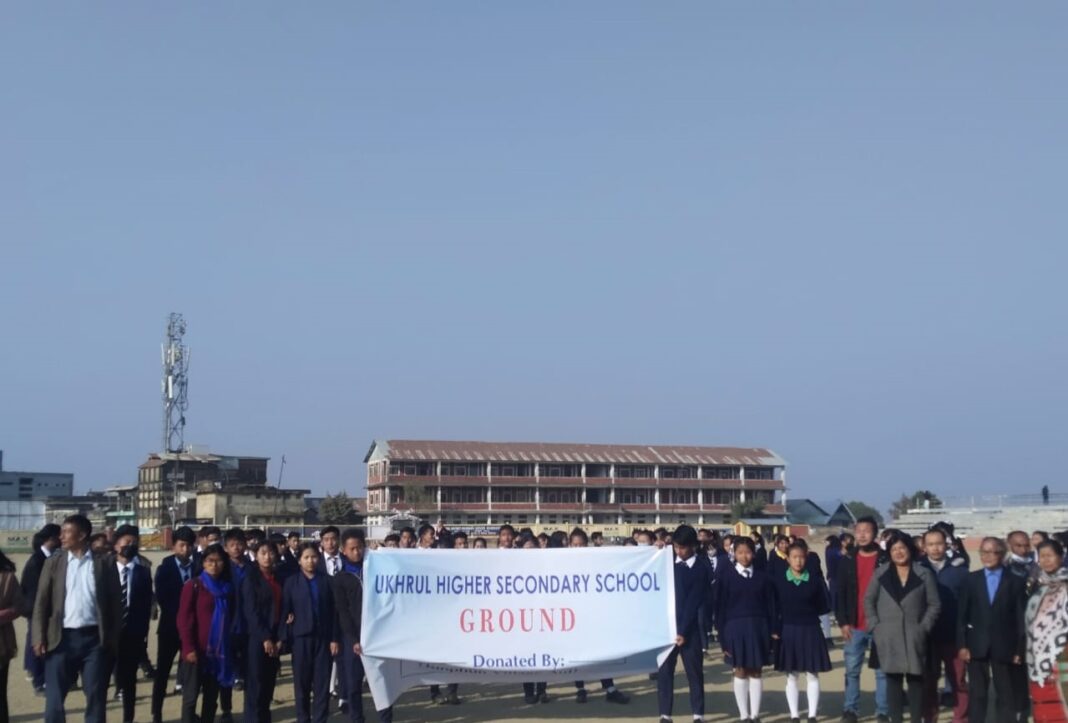 Urging Tangkhul Naga Long, the apex body of the Tangkhul community to find the best way possible and solve the land imbroglio, Kamsom Pauline, deputy commissioner Ukhrul stated that educational institutions are government property and must be safeguarded.

“What future do we hold for our students who are our future tomorrow if every higher secondary schools and colleges are destroyed,” and added that “we cannot go back to stone age, educational institution must be preserved for the good of society and that it cannot be used for private interest” Pauline maintained. He stated that the current case is under court injunction and that everyone should abide by the court order and maintain the status quo.

They stopped the Tangkhul Naga Long (TNL) from taking up the border pillar erection saying the matter is under court injunction. Commercial shops remained closed and vehicular movements were halted in town for few hours following the confrontation between agitating public and TNL at the apex body office area right in front of Long Ground.

Normal activities in town was restored after few hours of disruption. However no untoward incident was reported.

The Hunphun frontal organisations said the future of students must be protected and added that being one of the oldest educational institution in the district, Ukhrul higher secondary school has been unceasingly imparting education to poor students for the last many years and had equally produced scores of dignitaries.

The said judgement and order is exhaustive and the hon’ble judge have made his observation and ruling on the dispute of title and ownership of land pertaining to : 1. School playground. 2. UHSS boys hostel. 3. UHSS teachers quarter; that is to maintain status quo until adjudication of the matter of title and ownership of the suit lands, the memorandum said, the copy of which is available with Ukhrul Times.