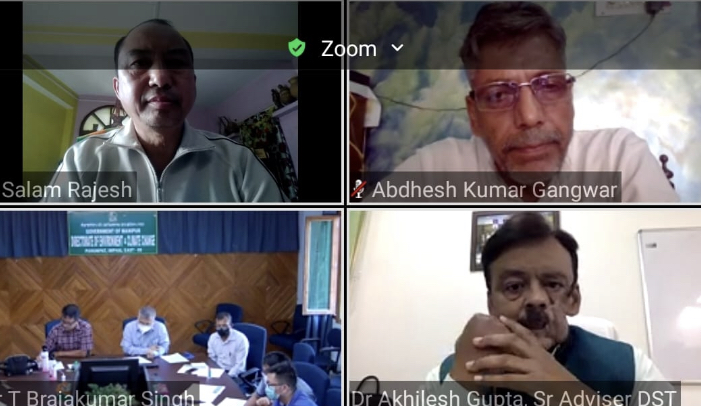 Climate change initiative gain more significance given the fast changing climate induce changes taking place in the region, and around the global world.

Enhancing capacity of the media fraternity on climate change reporting and make more understanding of climate facts through strengthening network was the key objective of the interaction.

Context of the Programme: Basic idea of the programme is to build the capacity of the media fellow recipients and intending applicants / young journalists for the State level Media Fellowship Programme on Climate Change
Reporting. It also targets to make more understanding of climate facts and reporting in simple common language. This month, interaction will be more towards three sub-thematic key points, such as Global-national-regional climate policy, community / citizen responsible towards climate action, and needs for strengthening of knowledge network.

Welcome remark and recap of the Media fellowship program on Climate Change Reporting was made by Sobhapati Samom, Coordinator, MWGCC.

Dr Gupta was a member of National Coordination Team which drafted India’s National Action Plan on Climate Change in 2008.

He is a Fellow of Indian National Academy of Engineering (INAE) and Fellow of Indian Meteorological Society. He was awarded D.Lit. in 2013 and Honorary Professorship of Amity
University, Rajasthan in 2015. Dr Gupta had received appreciation of Hon’ble President of India in 2003 for providing accurate weather forecast for the Mount Everest. He is the main architect of India’s new Science, Technology and Innovation.