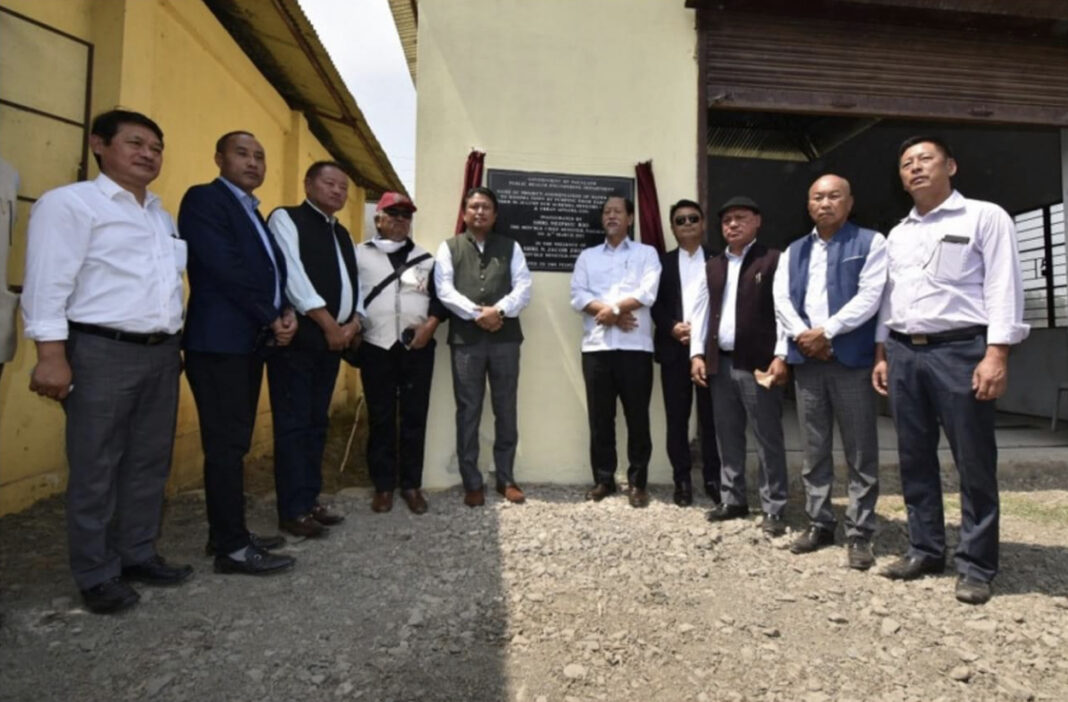 Chief Minister of Nagaland, Neiphi-u Rio inaugurated and commissioned the new water supply project and lauded the department for the initiative taken to construct a water plant for the denizens of Kohima town.

The Chief Minister on behalf of the government and department extended his appreciation to the source owners as well as the Southern Angamis, particularly Mima and Kezoma village, for their contribution in augmentation of the water supply.

He stated that the project started by 2012 which took a little time to implement due to misunderstanding in land issues, natural calamities, covid 19 pandemic and in between technical difficulties created in delaying to commission the project. He reminded, ‘Water is the lifeline of any living being’, and a city can only flourish well if proper water supply is established. He also urged for cooperation from the department, the villagers, town dwellers and the beneficiaries and to take care of the water plant.

Water has become a precious commodity and setting up of water plant and maintenance comes with a cost in areas of Water treatment, power supply etc. therefore public support and cooperation by paying tax to the department as fees is obligated. The State capital has been facing scarcity of water and the requirements and demands of the public are not in proportion so the aim to implement a water plant from Dzukou – which have a vital topology for water plants is being proposed for any financial aid. Rio also opined for outsourcing and privatization of such projects in the near future so that profit sharing will benefit both the government and the source owner.

Minister PHED, Jacob Zhimomi extending his appreciation to the benevolent villagers reminded that taking forward the costumes and tradition of our forefather for sharing whatever we have, this project is a testament that their descendants have not failed them and appealed that this spirit should continue.

He mentioned that this project was not a complete solution but a huge relief for the dwellers of Kohima town and assured that proper maintenance and operation from the part of the department will be taken care of. The project took a little time to complete but despite all the difficulties a major task has been achieved, he added.