RPI is a grassroot centric party and that the party will take up projects which no other mlas have taken up. 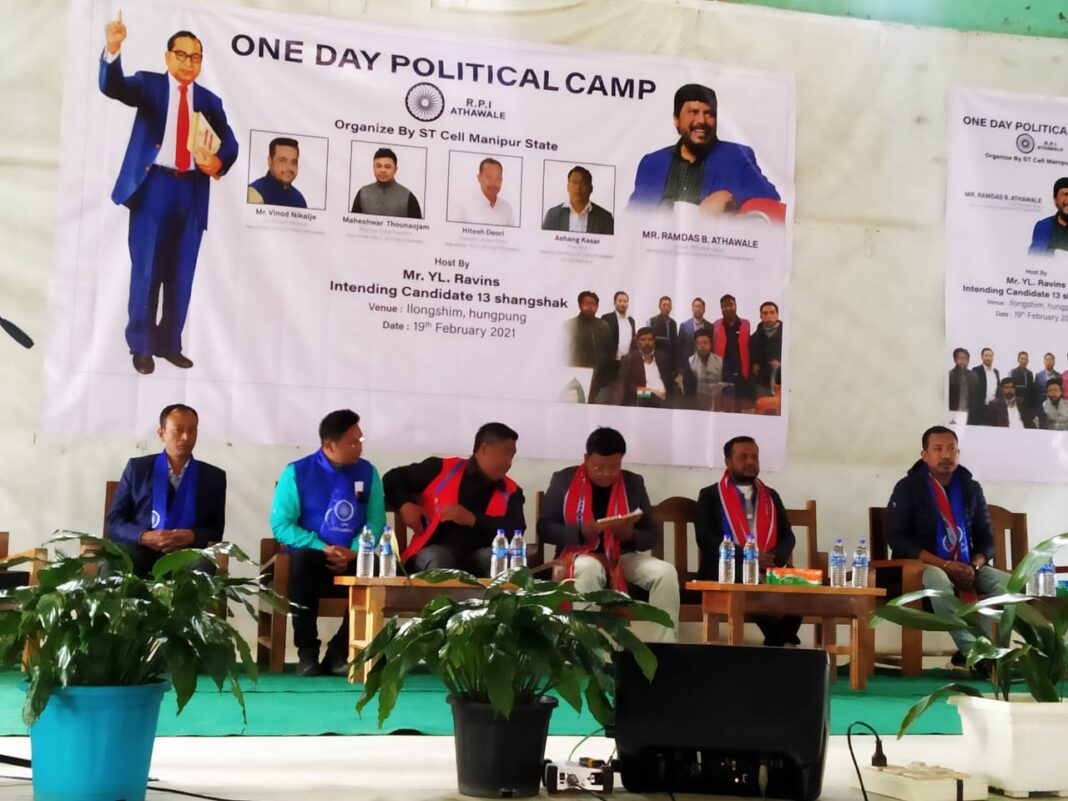 Appealing to the senses of the youth to revisit the wrong notion of tagging politics as a dirty games, Maheshwar Thounajam, president Republican party of India (RPI) said youth must involved in politics and not stay aloof from the developments seen in the state today. Because to change the system youth must play your part and be the change you wants to see.

He was speaking at the one – day political camp organised by ST Cell Manipur at Ilongshim Hungpung which was hosted by YL. Ravins RPI intending candidate of 13 Shangshak DCCs.

The visiting party’s state president also asked the participants whether they are receiving the old age pension and widows pension to which the elders said they are not. Taking a cue from the grievances shared, he assured them that the party will ensured the benefits is not let go off as they duly deserved.

“Ours is a secular party and not dynasty based party, the supremo of RPI Assam state Mr Deori exerted while speaking at the political camp.

The party will provide solar lighting system to Hungpung before elections, he assured.

Presenting the welcome address, Ashang Kasar, president ST Cell of Manipur said Republican party of India (RPI) is a grassroot centric party and added that the party will take up projects which no other mlas have taken up.”

Meanwhile riding high on MP Ravidas Athawale, union minister of state for social justice who was also the national president of RPI scheduled visit to Ukhrul district in March, Kasar exuded confidence that MP Athawale is set announce big projects during his visit to the district.

The visiting party’s leaders had appealed the voters of 13 Shangshak DCCs to gave their unstinted supports tobYL. Ravins, social worker in the ensuing autonomous district councils elections. They said he was not only sincere and committed but was also a man who would works for the betterment of the poor and needy sections of the society.