All forms of inter-state trucks, goods carriers & buses will be restricted during the chakka bandh however those vehicles ferrying medical supplies, emergency medical items & oxygen, military convoy will be exempted from the preview of the agitation. 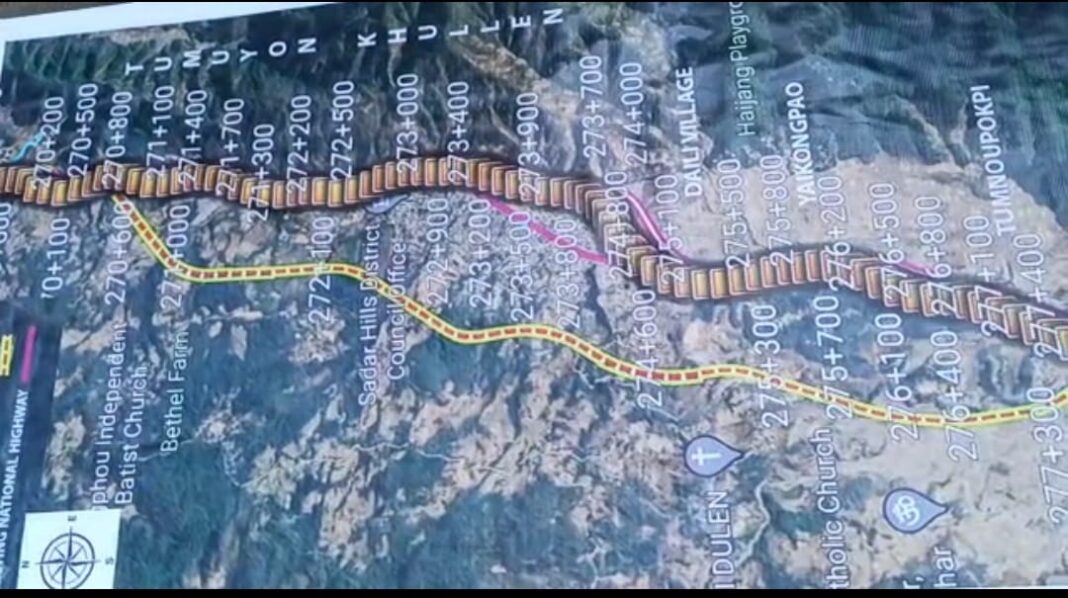 Irritated over prolonged silence and utter negligence of the State Government, the Joint Action Committee (JAC) against NH-2/AH-1 diversion has called for “72 hours Inter-state chakka bandh” from  midnight of February 8, 2021 (Monday).

All forms of inter-state trucks, goods carriers & buses will be restricted during the chakka bandh however those vehicles ferrying medical supplies, emergency medical items & oxygen, military convoy will be exempted from the preview of the agitation.

The JAC had warned that, more intense agitations will be launched after the 72 hours bandh if their demand and grievances of the people is not respected at the earliest. In addition, the JAC has urged the NHIDCL to cease all road diversion works immediately until the issue is amicably resolved, failing which, the JAC will not be responsible for any untoward incident thereupon.

Alleging silence & negligence of the Government, the JAC stated that, Chairmen of all villages of the affected area earlier submitted a joint petition to Chief Minister of Manipur, MP (Outer) MLA, 51-Saitu A/C, Managing Director, NHIDCL, Executive Director, NHIDCL and DC, Kangpokpi, however no communication or acknowledgment of the same was considered till filing of this report.

The JAC also added that, the Senapati  District Civil Organizations in a joint statement had also raised strong objections against any attempt to divert the NH-2/AH-1 alignment for highway expansion into four lane by NHIDCL in the past. The Naga People’s Organisation (NPO), Senapati District Student’s Association (SDSA) & Senapati District Women’s Association (SDWA) has alleged as “vested interest & communal design” and had asked the Manipur Government and concerned authority to maintain ‘Status Quo’ of the original road alignment in Trans Asian Highway-1 expansion works from Tumuyon Khullen to Tumnoupokpi.

A public sit-in-protest was held at Tumuyon Khullen seeking Government’s intervention against the diversion of said road on January 27 last but no response was available from the other end, it alleged.

Earlier, the JAC against the diversion has informed that, the originally proposed highway is stated to have a diversion route about 2 kms East from NH-2 which connects at the heart of Daili Village. However, the recent DPR of the NHIDCL indicated the diversion being made at Tumnoupokpi towards the western side by about 7.5 km stretch which was totally against the wishes of the people.