There are forces outside the ruling dispensation to disturb the functioning of the government. 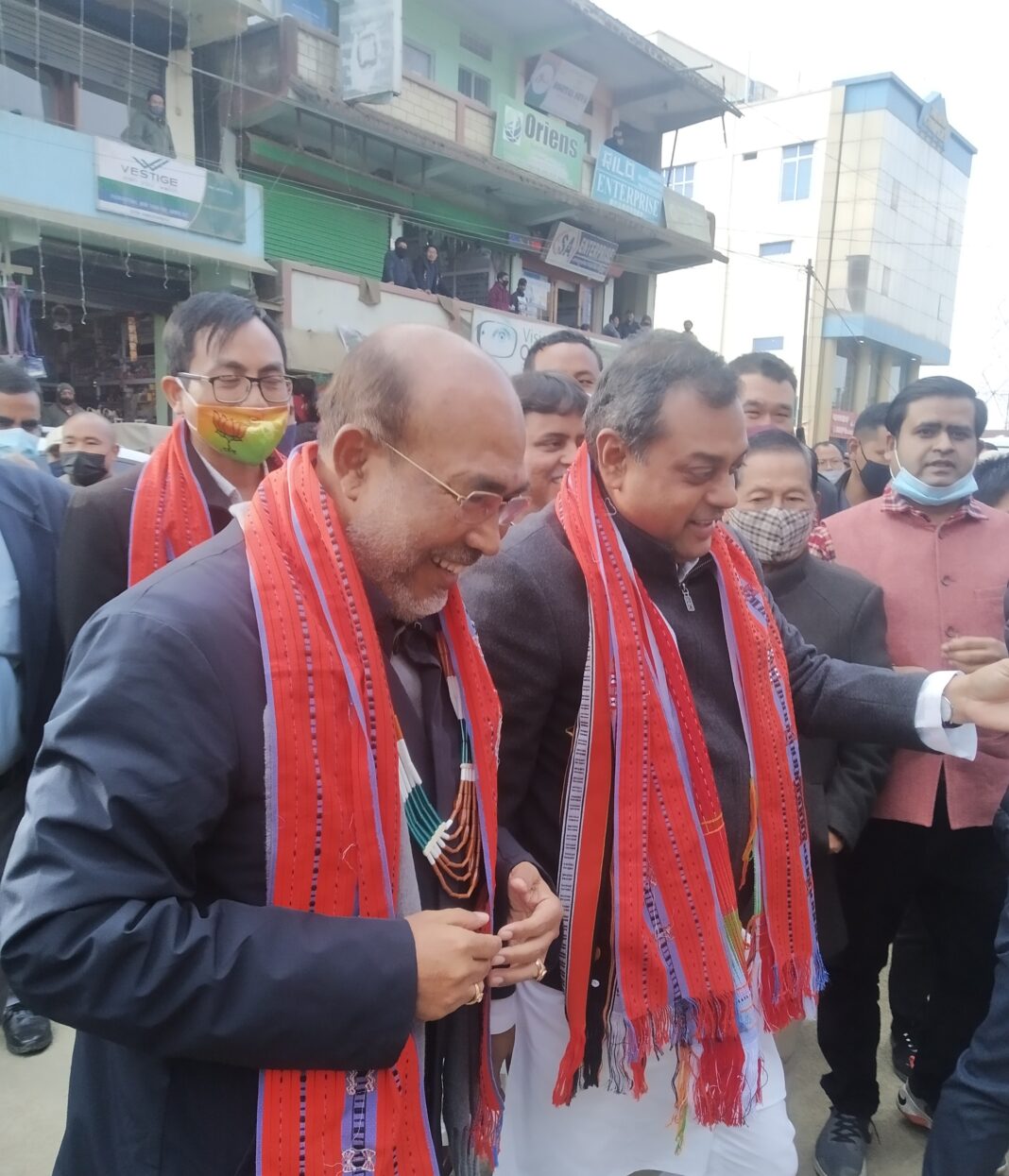 The BJP Manipur pradesh incharge Dr Sambit Patra who is also the national spokesperson today slammed the opposition congress party saying the party is not allowing Biren led coalition government to work.
Coming down strongly against the Congress party, Sambit said there are forces outside the ruling dispensation to disturb the functioning of the government. Despite that what Biren does is development and he is now almost completing four years, he added.

The team led by chief minister N. Biren Singh touched down the Somsai Army Headquarters helipad at around 11: 35 am.

The team stay put at BJP Ukhrul office for quite sometime before arriving at the events venue.
Patra appreciated the three mandals presidents including Longyao, Bejoy and Raising for the job well done.

Sensing the essence of connecting with the people and to convey its role in the BJP politics, Sambit left no stone unturned by interacting and waving prime minister Modi’s and chief minister Biren Singh’s development centric policies to the people in the town thoroughfares.

Chief minister Biren, speaking at the function said BJP is a well organised and well disciplined party, this can be seen it the party’s cadres, he exuded. Committing to the strong and visionary leadership of prime minister Narendra Modi’s sabka saath sabka vikas, Biren also exhorted and encouraged party workers to unite and work together with a forgiving heart.