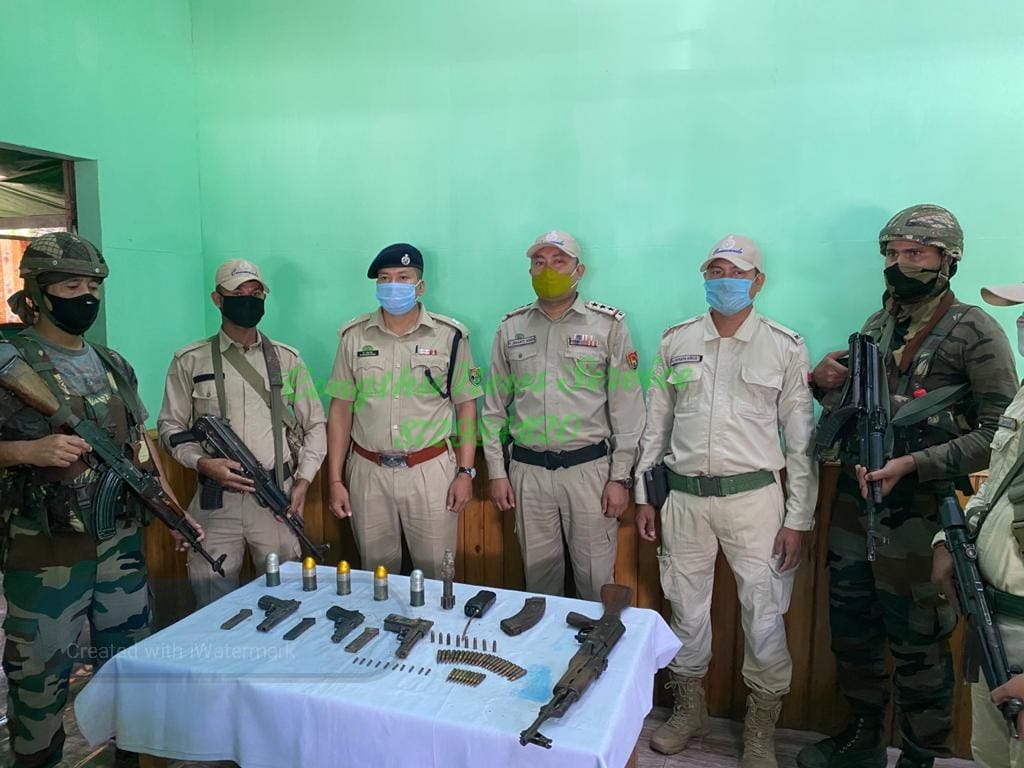 A combined team of Manipur police commandos and troops of Assam Rifles on Friday recovered a huge cache of arms and ammunition during a search operation in Bishnupur district.

The operation was conducted in and around Nambol Khathong by the police commandos attached with the Bishnupur district police and a column of 16 Assam Rifles early Friday, around 5 am, based on specific information, a police source said.