Nandita, a graduate student of Moridhal college in Dhemaji district of eastern Assam, was attacked by one Rintu Sarma with a machete (Dao in Assamese language) on 21 August 2021 in broad daylight. She was waiting for the bus on roadside along with her classmate Kashmira Dutta and Kashmira’s father Deba Dutta, where they were suddenly attacked by Sarma, who is a non-teaching employee in Moridhal college. 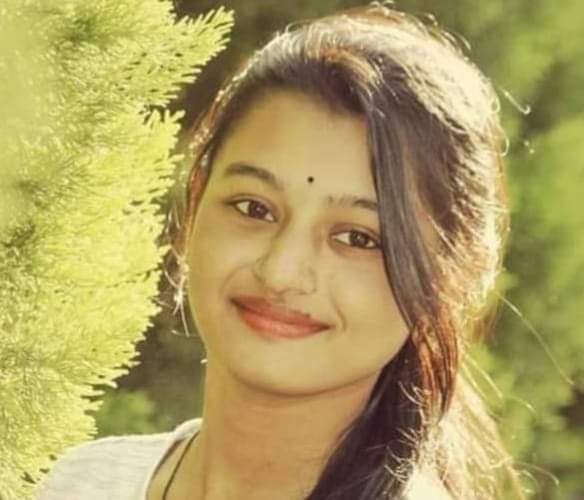 Guwahati: Assam government in northeast India has directed the police to investigate the murder of a young college girl in a speedy manner so that exemplary punishment can be ensured against the culprit. The cabinet meeting held under the chairmanship of State chief minister Himanta Biswa Sarma on Thursday, expressed deep condolence on Nandita Saikia’s untimely demise.

State education minister Ranoj Pegu, while briefing the media persons over the matter, revealed that Nandita’s case would be heard in the special fast-track court. The cabinet meeting also decided to direct the State’s special police chief GP Singh to oversee the investigation process. Pegu along with many State ministers and legislators prayed for eternal peace of the departed soul.

Nandita, a graduate student of Moridhal college in Dhemaji district of eastern Assam, was attacked by one Rintu Sarma with a machete (Dao in Assamese language) on 21 August 2021 in broad daylight. She was waiting for the bus on roadside along with her classmate Kashmira Dutta and Kashmira’s father Deba Dutta, where they were suddenly attacked by Sarma, who is a non-teaching employee in Moridhal college.

They were admitted to Dhemaji civil hospital, but seriously wounded Nandita was shifted to Dibrugarh for advanced treatments at a private hospital. During the course of treatments at Brahmaputra diagnostic hospital, even rumour speared many times about her death. She was put under the support of ventilators, but finally the brilliant girl succumbed to injuries on Wednesday.

Hailed from Naba Kathbari village in Dhakuakhana locality of Lakhimpur district, Nandita was also a promising dancer, actor and recitation artiste. Claimed to be her estranged boyfriend, Sarma proposed Nandita to marry him, but her family rejected it. Even Sarma sent his relatives to Nandita’s residence for pursuing over the proposal, but it did not work.Already arrested by the police, Sarma has been suspended by the college authority, informed Dr Kamal Gogoi, principal of Dhemaji Moridhal college. Meanwhile, Nandita’s demise prompted widespread protests across Assam and many took the social media space to demand justice for her and harsh punishments to the arrested culprit.

All Assam Students Union (AASU) advisor Samujjal Bhattacharyya termed the incident as barbaric and demanded the culprit to be booked for punishments in such a way that nobody ever dare to indulge in such crimes. The senior AASU leader stated that people of Assam cannot accept such kind of incidents and the government must do its duty to ensure safety and security to the student community.

Besides other organisations and political parties, Assam Pradesh Congress Committee (APCC) also expressed serious concern and anguish over Nandita’s untimely demise. The opposition party asserted that it exposes the inefficient administrative system led by CM Sarma, who is also in charge of State home portfolio. It went ahead claiming that the coalition government in Dispur has failed in maintaining the law & order situation.

An APCC statement asserted that the police must not overlook the probe so that the guilty can escape the punishments. It added that murder, violence and rape become omnipresent in the State as another young girl was attacked at Changsari near Guwahati on Wednesday. Such incidents reveal that the security of women is only a slogan in the State, but it’s completely opposite in reality, said the statement endorsed by Congress leader Bobbeeta Sharma.