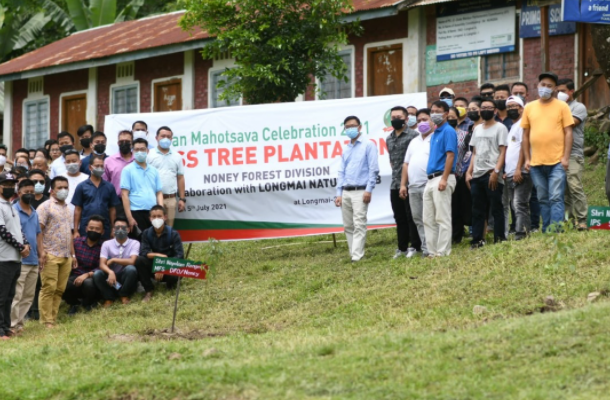 The 72nd Van Mahotsava Celebration 2021 was held in Tamenglong District at Mini Secretariat Complex on Monday. It was jointly organised by Tamenglong Forest Division and Rainforest Club Tamenglong.

As part of the event, mass tree plantation was also conducted inaugurated by the Chief Guest and Guest of Honour at the Mini Secretariat Complex, Tamenglong. Apart from the ceremonial tree plantation, awareness regarding the importance of forest and wildlife were also given to the volunteers present.