HAC, in its 11 March meeting, had resolved that any declaration of Protected Forest, Reserved Forest and Wild Life Sanctuaries on or after 20 June, 1972 shall not be enforced by the department concerned until its approval is obtained. 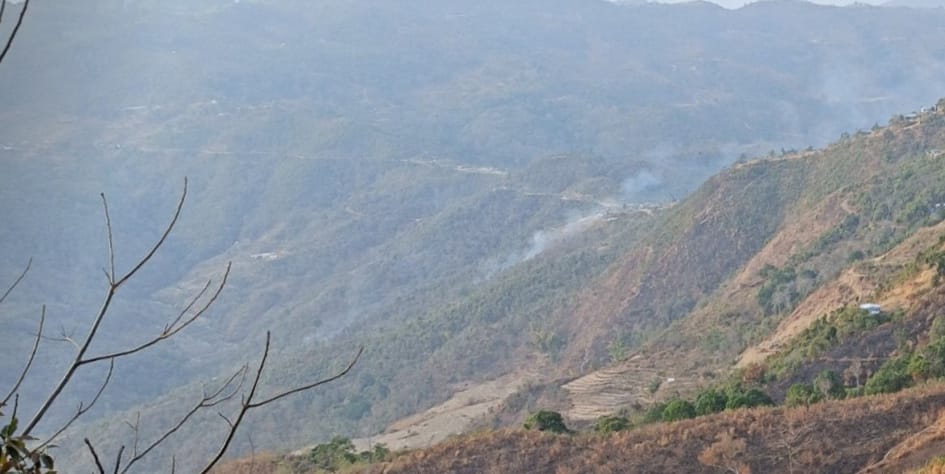 Tangkhul Naga Wungnao Long (TNWL), the apex Tangkhul customary chiefs’ body, has come out in full support of the Hill Areas Committee’s (HAC) resolve to stave off attempts to implement any declaration of ‘Reserved Forest’ in the hill districts without its approval.

The Hill Areas Committee recently claimed that there was a procedural error in the Declaration of Reserved Forest after 1972. HAC, in its 11 March meeting, had resolved that any declaration of Protected Forest, Reserved Forest and Wild Life Sanctuaries on or after 20 June, 1972 shall not be enforced by the department concerned until its approval is obtained.

“We are pleased to acknowledge the timely intervention and right resolutions adopted by HAC, Manipur Legislative Assembly in its recent brain storming, high-octane deliberations on the long-awaited special attention on Article 371C,” TNWL president Ramnganing said in a press communique on Saturday.

Stressing on the need for every right thinking member of tribal communities of Manipur to stand in solidarity and show their unstinted support to HAC, TNWL said that HAC’s decision in the matter of declaration of Reserved Forest in hill areas was a ‘just and honourable’ decision.

The chiefs’ body also felt that there was a need to work out Forest Territorial Maps as per the existing Revenue District Boundaries (RDB) in letter and spirit.

“HAC has rightly pointed out the procedural error in the Declaration of Reserved Forest after 1972. It has decided not to endorse the department concerned to implement any declaration of Protected Forest, Reserved Forest and Wild life Sanctuaries until its approval is obtained,” the statement continued.

“This is not only well-meaning but it’s an act of exercising of the power so vested with the HAC,” it said, adding that the inalienable rights and powers sanctioned under Presidential Order of 1972 pertains specifically to Article 371 C which is the heart and soul for the tribal communities of Manipur State.

“We would not shy away from lending our support to holistic stand taken by HAC, as it is a constitutionally mandated set up to oversee the overall administration of the tribals,” said TNWL, and urged the Manipur Government to respect the factual resolutions passed by the Hills Areas Committee.

The chiefs body simultaneously appealed to Manipur Government enact a new land law for the tribals of Manipur based on Article 371C at the earliest.

It then urged the state government to do away with the rampant administrative inconvenience and political falsehood engineered by the Govemment’s lobbyists to divert and delay the genuine issue.