Their lifeless bodies were recovered by police who launched a manhunt operation; The deceased have been identified as J Devendra Reddy, Rakesh Kumar and driver Rajib Sahariah. 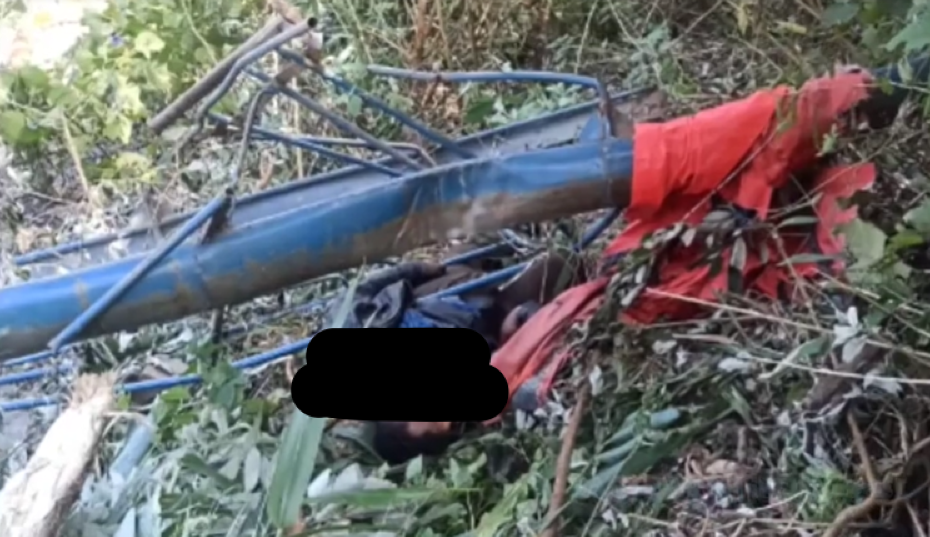 Two officials and a driver of Border Roads Task Force (BRTF) of Border Road Organisation (BRO) who went missing along the Imphal-Moreh section of NH-102 were found dead in a vehicle accident in Manipur’s Tengnoupal district on Friday. The dead bodies of the BRTF officials were recovered during a search operation after the authority of the 25 BRTF based in Tengnoupal district lodged a complaint after they went missing on their way to Imphal.

The deceased have been identified as J Devendra Reddy, Rakesh Kumar and driver Rajib Sahariah.

Their lifeless bodies were recovered by police who launched a manhunt operation to find their whereabouts from a deep gorge of around 300 meters from the highway located between Sinam and Saibol Lamkhai along the NH-102 on Friday morning.

Reports said that the three staff of the 82 RCC (Road Construction Company) left from their post in Tengnoupal for Imphal to take part in a training programme at 25 BRTF headquarters, Imphal early morning on Thursday on a Tata 407. They were to take part in the training programme to be held at IOC office near Imphal Airport. However, their whereabouts remained unknown, the CO of the 82 RCC informed in a complaint lodged to the Tengnoupal police station.

Based on the complaint and with a strong suspicion of them being kidnapped on their way to Imphal, police immediately launched the operation to track down them.

The operation was concentrated at Tarao Lamkhai, Sinam and Saibol Lamkhai based on the signals of their mobile phone networks which they did not respond to despite repeated calls.

The operation ended with the recovery of their lifeless bodies with the vehicle they were traveling in from the gorge.

Police suspect that the vehicle they were travelling in skidded off the road and fell into the deep gorge of 300 meters.