Two held with 84 kg of processed brown sugar in Manipur

The two persons were arrested from an inter-village road at Irong Khunou of Thoubal district during an operation based on specific information last night, around 10.40 pm. 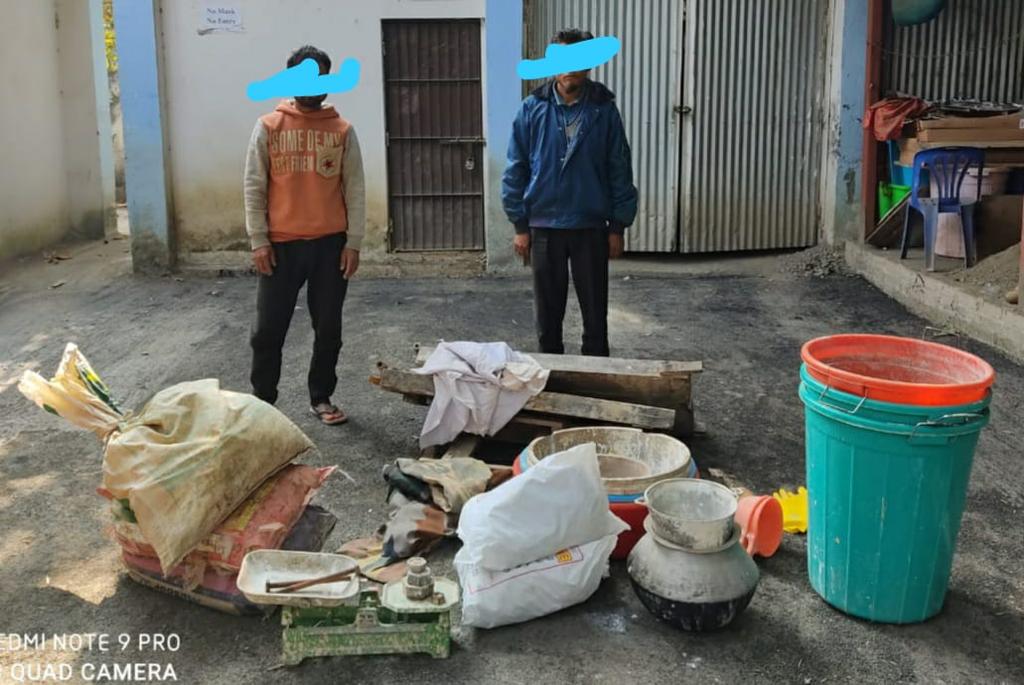 Sleuth of Narcotic and Affair of Border (NAB) of Manipur police arrested two persons along with 84 kg of processed brown sugar and components used in manufacturing the narcotic drug on Saturday night.

NAB SP W Basu, in a statement on Sunday, said that the two persons were arrested from an inter-village road at Irong Khunou of Thoubal district during an operation based on specific information last night, around 10.40 pm. The police officer identified the arrested persons as Md Abas Khan and Md Arab Ali, both in Thoubal district.

A total of 84 kg of processed opium for extracting brown sugar in three gunny sacks and components used in manufacturing brown sugar  were recovered from their possessions, the police officer added.

A case has been registered with NAB police station for investigation, the statement added.

This is the first time for the current year 2021 in which the NAB division of the state police arrested individuals with materials allegedly used in the manufacturing of brown sugar.

In Manipur there were various instances of busting of brown sugar manufacturing units by the security forces and state police. They had also recovered brown sugar and processed brown sugar worth several crores of rupees in the previous years.