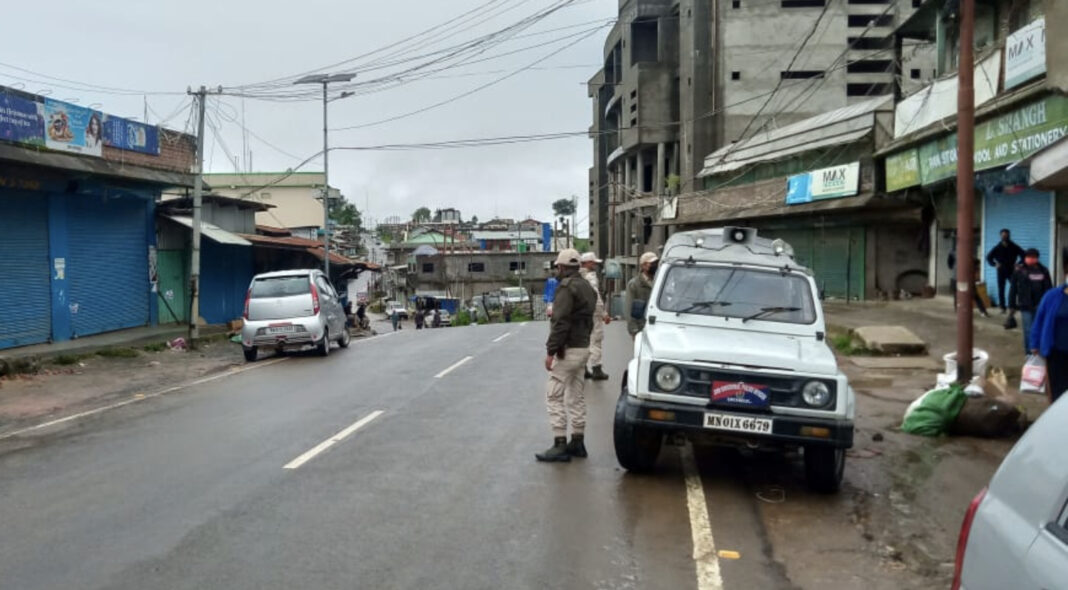 Ukhrul Police arrested two curfew violators who tried to attack police with stones on Friday night at around 9:30 PM near Secondary school, Wino Bazaar. This is the second such attack on Police in the month of July. The first incident reportedly took place at Hundung Junction few days back where a Police officer was injured.

Sub Inspector, W. Marchang informed that at around 9:30 PM, two person came up to the police who were on duty at Wino Bazaar. When the police told them not to roam about during curfew hours, they phoned their friends and allegedly started to insult the police as they were unarmed and tried to attack them.

Marchang further added that police enforcement was sent and when the police arrived, they ran from the scene. The police chased the violators and caught them around 10 PM. They were then taken to the police station.

Since no serious crime was committed, the offenders were released after stern warning.

The sub inspector further informed that the “police in Ukhrul town are keeping watch round- the-clock. Cases of burglary and automobile theft in Ukhrul town has seen drastic declined as a result of police intervention. Police need public cooperation to be able to maintain order and safety to the public,” Marchang added.