Uphold and practice the customary laws and traditions of the Nagas: Neiphiu Rio

Rio stressed the importance of self-sufficiency in food production and the need for modern farming methods, and encouraged the youths to venture into agriculture and allied sectors. 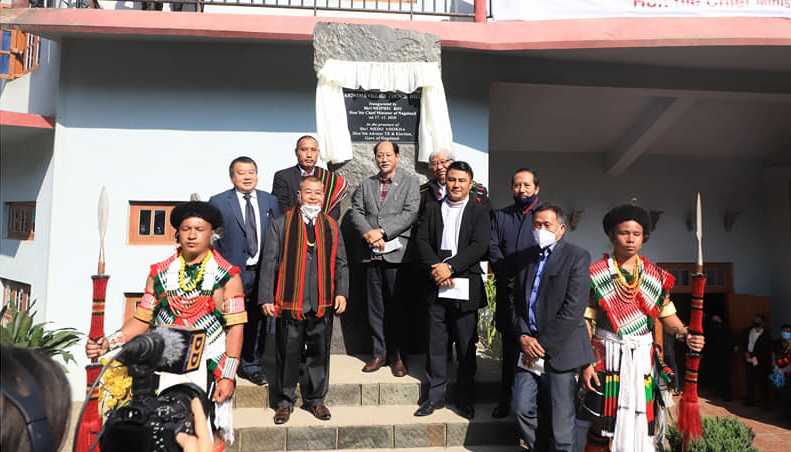 Nagaland Chief Minister, Neiphiu Rio talked about the unique role the village councils play in the Naga context. He said that the Indian Constitution respecting the Naga customary laws exempts the State from Panchayati Raj Institution.

The Chief Minister then emphasized on the need to protect, uphold and practise the unique customary laws and traditions of the Nagas, and reminded that in the village council system, leaders are not elected but nominated based on consent of village council members. He deplored the conflicts and discords within the councils and Village Development Board, which he said, leads to stalling of projects and dispersal of funds at the village level. Rio then asked the village councils to work in unity.

Rio then shared about the difficulties faced by the State government in planning due to incorrect and discrepancies in tabulating the Census in the past, which he said has given rise to a number of problems such as excess teachers appointment and also setting up of government schools with disproportionate student-teacher ratio. He said that schools with zero pass percentage in the last 3-4 years and schools with no students will be combined with other schools. Similarly, in the election process, he said the Aadhar based biometric system needs to be used to avoid frauds in voting.

Rio also stressed the importance of self-sufficiency in food production and the need for modern farming methods, and encouraged the youths to venture into agriculture and allied sectors. Rio, acknowledging the importance of education in development, promised to look into the matter forwarded by the Kigwema village for upgrading the Government High School, Kigwema to higher secondary level, science stream.