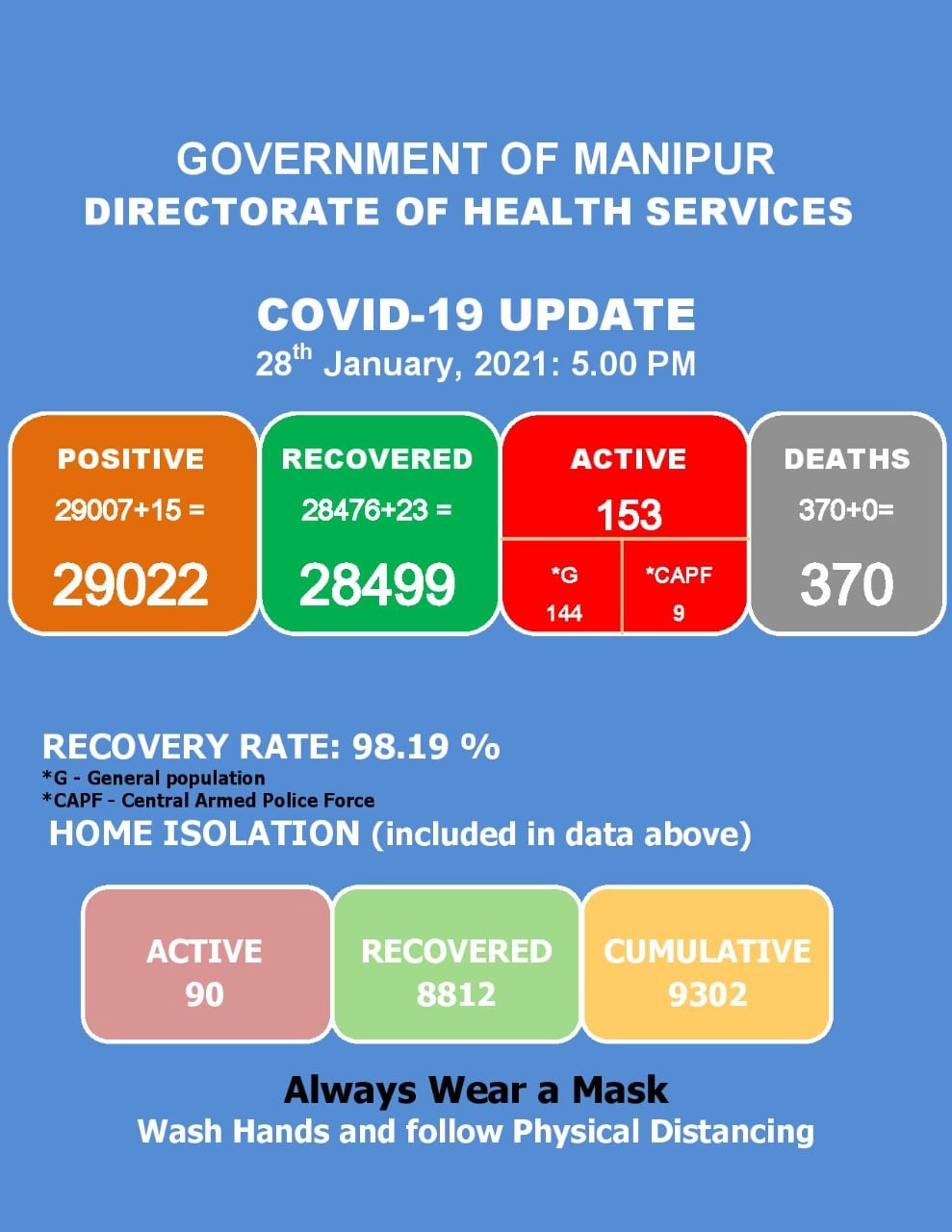 Fifteen new positive cases reported in the last 24 hours took the total COVID-19 infection tally of Manipur to 29,022 on Thursday.

As no death was reported during the period, the COVID-19 fatality tally of the state remains at 370.

The 15 fresh cases were detected during testing of 1,606 samples in the last 24 hours (till 4pm of January 28), according to the daily COVID-19 status update of the state health department.

A total of 5,10,714 samples for COVID-19 have so far been tested in the state.
Six of the new positive cases are from Tamenglong district, three from Imphal East, two each from Bishnupur and Churachandpur, and one each from Imphal West and Kakching.
The total 29,022 infections included 28,499 recoveries as the number of active cases in the state further declined to 153 as 23 patients were discharged after they recovered from the viral infection.

The recovery rate of the state reached 98.19%, as per the daily update report.
Of the total 29,022 infections, 3,423 were CAPF personnel. Of these total CAPF personnel, 3,410 were recovered and only nine of them were treated at various Covid care centres.