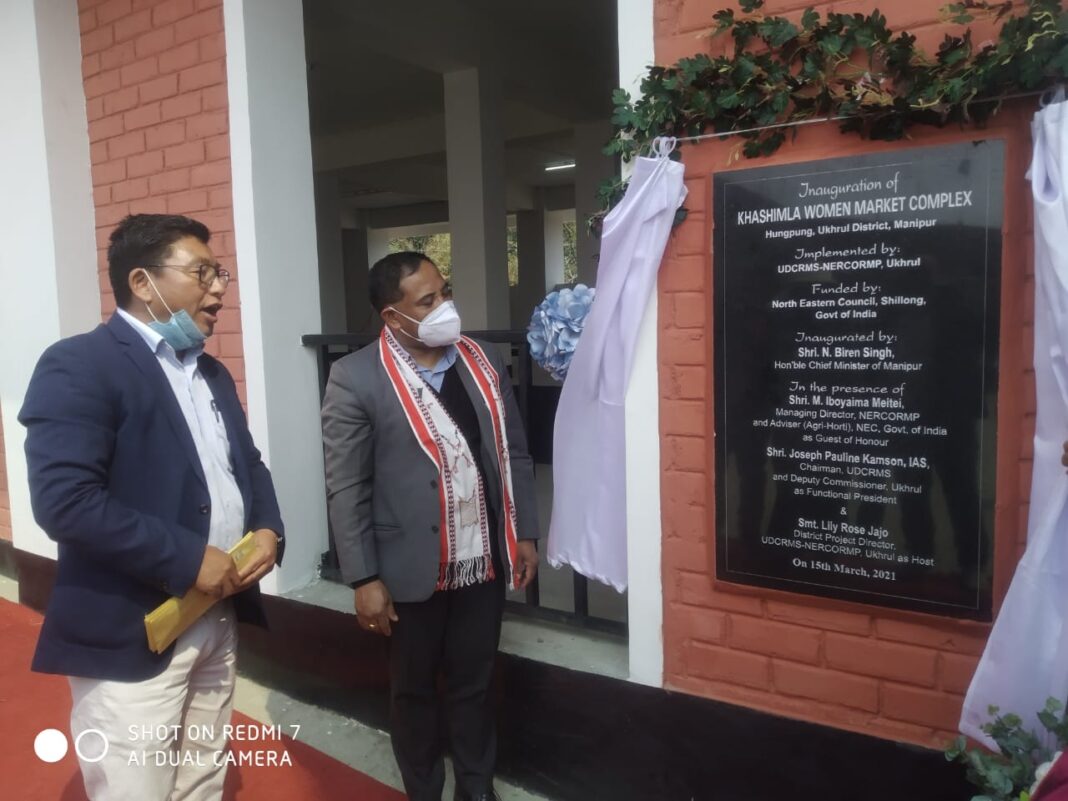 Iboyaima Meitei, Managing Director, NERCORMP and Advisor Agri-Horticulture, NEC Shillong who attended as the guest of honour exhorted the women folks to make the best use of the market.

Delivering the welcome address, Joseph Pauline Kamsom, IAS, Chairman UDCRMS Ukhrul who is also the deputy commissioner of Ukhrul hailed the UDCRMS project and commented that “today is a red letter day for the populace of Ukhrul” as the district witnessed a big achievement with the inauguration of Khashimla Women Market Complex.

Exerting that today’s inaugurated project is one of the major accomplishment that would immensely benefit the women folks, Pauline said UDCRMS/NERCORMP has taken up many laudable community-centric projects in the district.

Commenting on the history of women market, Pauline who attended as the functional president acknowledged the painstaking role played by Ram Muivah, former North East Council (NEC) secretary who brought this project for the populace.

Ram Muivah and I myself were the only lucky few who have visited the extreme Khayang village in East of Ukhrul district, Pauline added.

Lily Rose Jajo, Director UDCRMS Ukhrul stated that in addition to giving the opportunities to women folks it would also be a great platform for the youth entrepreneurs to exhibit their skills.

She said it took two and half years to complete the women market complex building construction.

While lauding Ram Muivah, Lily also extended his special thanks to Eboyaima Meitei, advisor, NEC and former UDCRMS Director, Tychicus Vashum in whose tenure the project got initiated.

She said this while felicitating the dignitaries and presenting the august project report.

The program began with the sounding of trumpet by Guru AS.Rawung.

As part of the event attraction, Hungpung cultural troupe and SHG enthralled the assembled public and dignitaries.