The special vaccination drive will continue till April 14 at 126 centres activated across the State for people above 45 years. 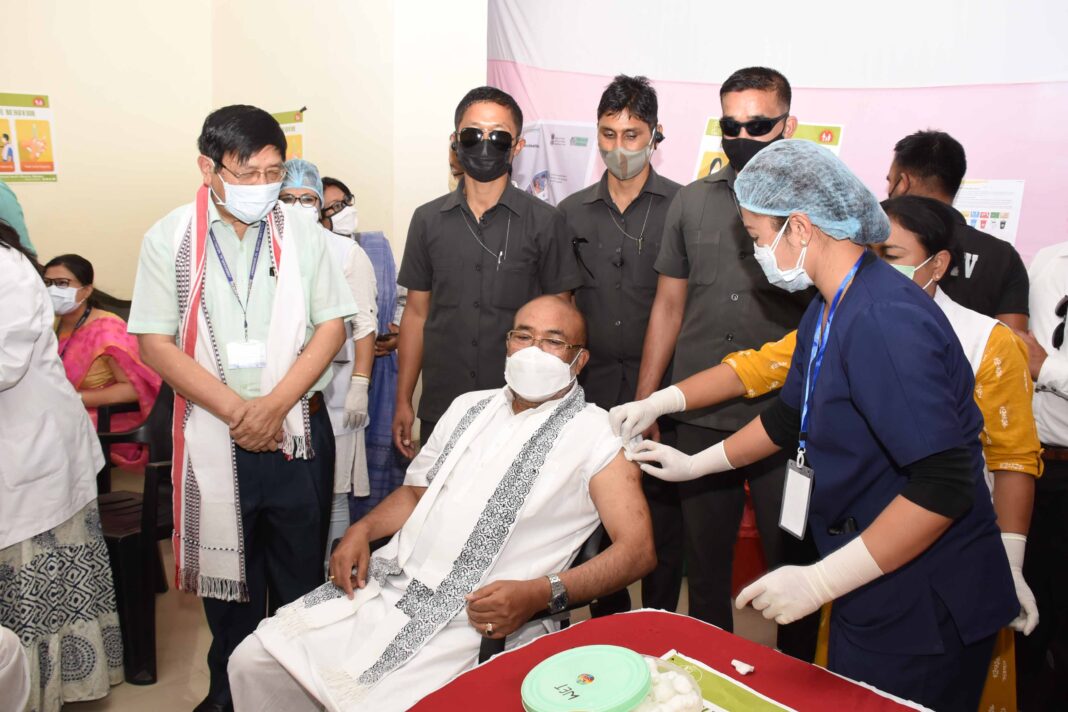 After receiving the vaccine, the Chief Minister stated that he had not experienced any adverse effect. He then made his earnest appeal to all those people whose age is 45 years and above to get inoculated and extend support to Government’s efforts towards preventing the second wave of COVID-19. The Chief Minister also urged the public to continue following COVID appropriate behaviours and avoid crowding.

Earlier, speaking at the inauguration function of Tika Utsav, which will continue till April 14,  N. Biren Singh pointed out that human lives are so precious and to live healthy is very important. After witnessing a remarkable fall in the past few months, the State is now experiencing a steady rise of active cases in the past few days, the Chief Minister said and added that positive cases had been started detecting at Bir Tikendrajit International Airport and key entry points like Mao and Jiribam. That is why, the Chief Minister said, the State Government had begun keeping strict vigil like earlier.

N. Biren Singh also said that Prime Minister Narendra Modi today enquired him about the present COVID-19 situation of the State over the phone, stating that Shri Modi had instructed him to manage the pandemic by announcing micro containment zones instead of clamping total lockdowns.

Maintaining that no adverse effect had been reported so far in the State except a couple of cases, the Chief Minister also appealed to the media to include the medical history of the patients as well while reporting about the cases of adverse effects.

126 centres are now activated across the State to vaccinate all the people whose age is 45 years and above. It may be mentioned that the nation-wide rollout of COVID-19 vaccination began on January 16, 2021 with healthcare workers being the first beneficiaries. Inoculation of frontline workers began in the State from February 8 this year followed by vaccination of those who are 45 years and above with co-morbidities from March 1.