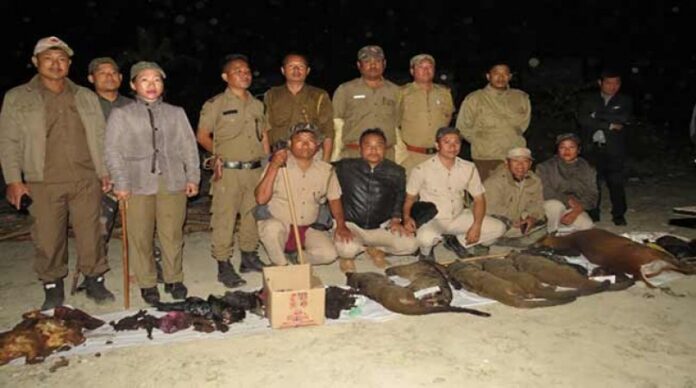 According to reports, the animal meats and carcasses were seized during a checking drive at the Doimukh check gate on December 28.

Divisional Forest Officer of Banderdewa, H B Abo said that most of the wild animals’ carcasses have been transported from East Kameng and Pakke Kessang districts in a bus.” He also said that the birds were brought in from Hoj village under Doimukh circle.

The seized meat and carcasses were later destroyed at Kola Camp near Doimukh by the forest officials.

ATSUM Continues with Consultative Meeting; To Boycott Go to Hills 2.0

ATSUM Continues with Consultative Meeting; To Boycott Go to Hills 2.0