Manipur: Protest demands CBI probe into the mysterious death of a medical student

Chief minister, on March 16, had assured to solve the death case within 10-15 days, a government order for magisterial enquiry stated that the report will be submitted within one month. 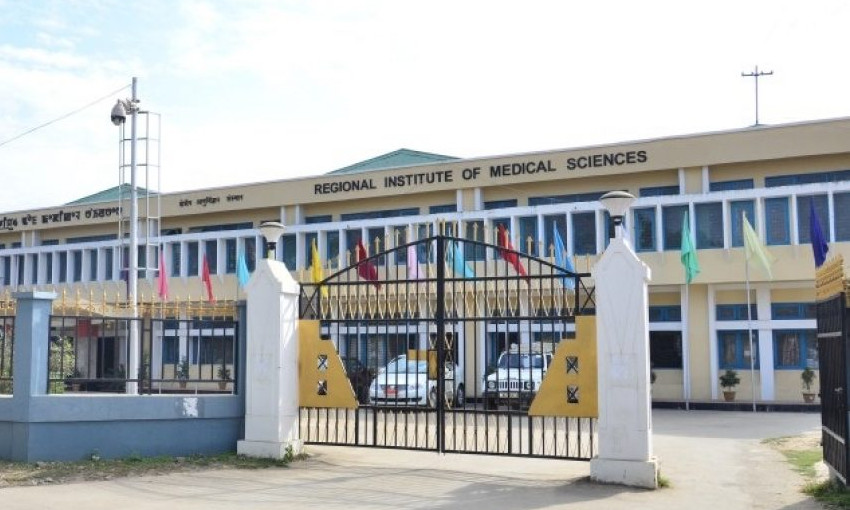 A protest in Manipur’s Imphal East district on Friday demanded a probe by an independent agency such as Central Bureau of Investigation (CBI) into the mysterious death of a medical student at Regional Institute of Medical Sciences (RIMS) hostel a few days ago.

Sanaton Athokpam (22), an MBBS 5th semester student was found hanged under mysterious circumstances inside his hostel room at RIMS on March 15 last. As his both hands were found tied on the back apart from bruise marks on his body, family, relatives and locals of Khurai area of Imphal East district have been pressing the state government for a probe into the death of the student.

The ongoing protest hit the normal shopping and marketing at Lamlong Bazar, the biggest market place in Imphal East district as vendors and shopkeepers of the market suspended their business transaction for the day and joined the protest. Taking part in the protest, the vendors demanded that the case should be handed over to the CBI saying that they are doubtful of the state government delivering justice in the case.

Talking to reporters at the protest site, convener of Justice for Sanaton Athokpam, Moirangthem Loyalakpa alleged that even as the necessary post-mortem was conducted on the lifeless body of the student on March 16, the report detailing the nature of the death has not been released yet.

Even as the state chief minister, on March 16, had assured to solve the death case within 10-15 days, a government order for magisterial enquiry stated that the report will be submitted within one month, Loyalakpa said. The order for magisterial enquiry was also against the judicial probe demanded by the Justice for Sanaton, the convener further said.