He was the vice president of AHTA and secretary of Khamphasom tang Ukhrul. He was 53 and is survived by his wife, four daughters and three sons. 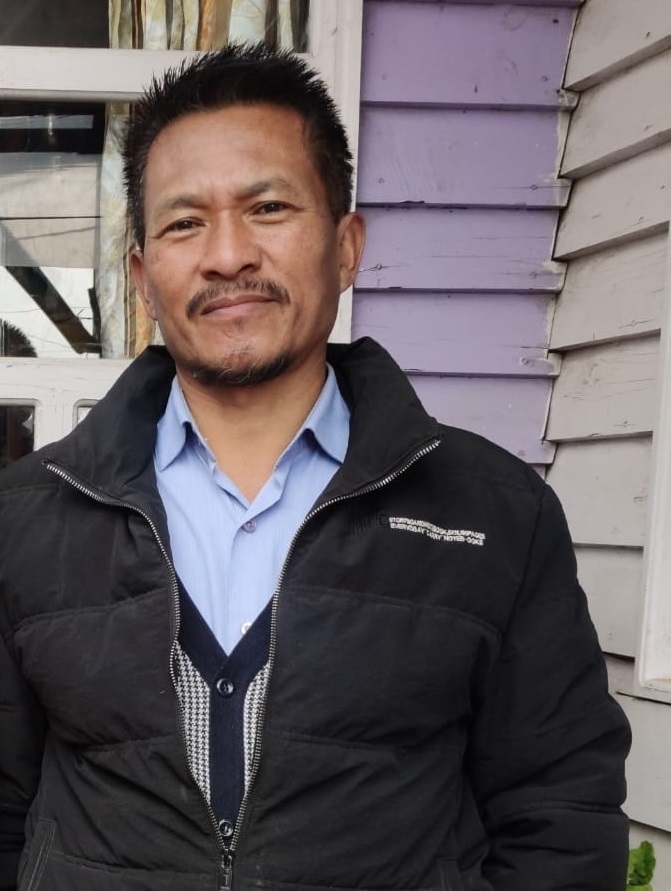 Tangkhul bodies condoled the sudden demise of Khamung Mashangva, All Hunphun Tang Associaton (AHTA) vice president, who passed away on Wednesday after a prolonged battle with Covid related complications at district hospital Ukhrul.

Khamung Mashangva was the vice president of AHTA and secretary of Khamphasom tang Ukhrul. He was 53 and is survived by his wife, four daughters and three sons.

He was buried in the presence of Viewland Baptist Church pastor and select few close family members and his Khamphasom locality people on Thursday. Prayer was invoked for the departed soul at district hospital Ukhrul which was followed by a short speech by Qr. Chon Raleng.

On hearing of his demise, former ADC chairman Ukhrul and incumbent caretaker chairman Dr Yaronsho Ngalung said in his message, “I am very sorry to learn of his sudden demise. As the Secretary of AHTA and Secretary of 8 tangs, we have been working together very closely. He is an understanding man. It is a great lost to our community. His demise has really created vaccum in our midst. I on my own behalf and on behalf of all former ADC Members express our deep condolences to the bereaved family members and relatives. May our loving God grant them strength, solace and peace in this hard times of sorrow and grief. May his soul rest in eternal peace.”

In its message, Kaphaoleng Angkang, general secretary secretary Tangkhul Naga Wungnao Long (TNWL) said, we are at pain to learn the sudden demise of Khamung Mashangva who has rendered numerous service to the Tangkhul community as school teacher, headmaster, secretary AHTA, secretary Kaphasomtang Ukhrul among other notable social services.

Indeed, we have lost a great social leader in him. His dedicated devotion to the service of our community is worth emulating and will remain forever in our memory as we bade our last farewell. We pray that our almighty God console and give strength to the grieving family members and grant eternal peace to the departed soul.

In his condolence message, Qr. Chonmi Raleng, president AHTA said, words are unable to describe how saddened we are to learn the demise of Khamung Mashangva, who serve as External Affairs secretary in 2017, secretary from 2018 till November 2020 and vice president of the association effective 2021 till date. “His service and association with AHTA itself tells a story of how trustworthy he is and the integrity he possessed as a person is rare as gem. His expertise as a secretary of the association is truly spectacular. The vacuum that has been made in the association upon his demise will truly be hard to replace. We lack words to express our grief over the passing of a phenomenal person. He touched lives without leaving a space for doubts in our hearts. The association has lost an incredible life. To the family, you have our sincere condolences, our deepest sympathies and our unending love.