Now, the State Government for all purposes has no legal competence to either reject or withhold the proposed Bill, and the only legal recourse available is to “normally give effect to the recommendation of the Hill Areas Committee” or “if the Council is of the opinion that it would not be expedient to do so or that the Hill Areas Committee was not competent to make any such recommendations, the matter shall be referred to the Governor whose decision thereon shall be final and binding on the Council and action shall be taken accordingly” as provided under Paragraph 2 of the Third Schedule to the Manipur Legislative Assembly (Hill Areas Committee) Order, 1972 and Rule 12A of the Rules of Business of the Government of Manipur, 1972. 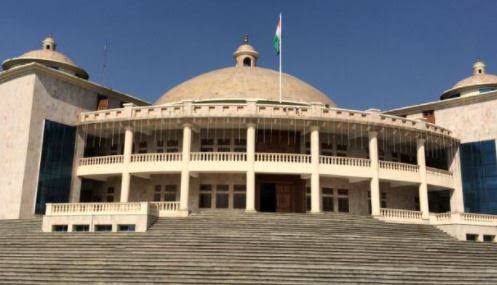 Unlike the then premier of Assam, Gopinath Bordoloi, who “was known to be very kind and sympathetic to the hill people, had been respected by the hill tribe”, Shri N. Biren Singh reminds of Shri Kuladhar Chaliha of Assam who once gained his notoriety amongst the hill tribals for insulting that “giving of too much autonomy to the tribals, would result in creation of tribalstan”.

Rejecting his argument, however, Shri Nichols Roy observed, “the measure of self-Government will make the tribals feel that the whole of India is sympathetic with them and nothing is going to be forced on them to destroy their feeling and culture. He asked why should the tribals not be allowed to develop themselves in their own way. He reminded that to keep the frontier area safe, these people must be kept in a satisfied condition. If force were to be used on them, more harm would be done as no advancement can come through force” (Framing of the Sixth Schedule).

As though humanity hasn’t learnt any lesson from the countries plagued by ethnic conflicts such as Rwanda, Burundi, East Timor and Fiji, for they all have but one thing in common, they all “lack the foundation for protecting minority rights”.

Manipur might either become another Somalia to be the world’s most dangerous country for minority communities as per the new global survey conducted by the Minority Rights Group International (MRG), or it might follow the Sámi parliament of Finland which is internationally referred to as model “for indigenous self-governance and participation in decision-making that could inspire the development of similar institutions elsewhere in the world”.
As the High Commissioner on National Minorities for OSCE rightly opined, “Accommodating minority interests should not be interpreted as political correctness or pandering to special interests groups. Nor should it be diminished through tokenism or short-term concessions. Instead there should be a genuine commitment to protect the identity of national minorities and create conditions for the promotion of that identity (Emphasis added)” (Multi-ethnic States and the Protection of Minority Rights).

THE PREPOSED BILL VIS-À-VIS THE ORIGINAL ACT: THE EXISTING POWER OF HAC/ADC

The hyper-kneejerk response of the valley-based civil organizations that the Hill Areas Committee (HAC) has no power to recommend the proposed Manipur (Hill Areas) Autonomous District Council Bill, 2021 is absolutely misplaced. Making such initiatives and proposals is rather the essential legislative function of the Hill Areas Committee (HAC) as provided under Paragraph 4(3) of the Manipur Legislative Assembly (Hill Areas Committee) Order, 1972. Again, the proposed Bill only attempts to make explicit what is already there in the original Act and in no manner, it makes any attempt to take away anything from the plain revenue districts. Excepting the provision for second appeal to the Hon’ble Supreme Court in election matters as proposed under Section 20B, there is nothing new in it as substantially different from the existing scheduled matters.

Even the proposed Hill Secretariat under Section 4A is not a new concept as it only attempts to elucidate the existing functions played by the Department of Tribal Affairs & Hills. The proper power limits of the Hill Secretariat being left unclear, the proposed Bill may on the contrary unintentionally strengthen the grip of the State Government and more so as Section 3 of the Bill robs in the role of the State Government as contrary to the original Act and the existing scheduled matter “Public Health” being further proposed to be omitted.

As per the Second Schedule to the Manipur Legislative Assembly (Hill Areas Committee) Order, 1972, the following scheduled matters, namely, inter alia, “allotment, occupation, or use, or the setting apart of land for the purposes of agriculture or grazing or for residential or other non-agricultural purposes or for any other purpose”; “constitution, power and functioning of ADCs”; “management of any forest not being a reserved forest”; “establishment of Village Committees or Councils and their powers and other matter relating to village administration”; “appointment or succession of Chief or Headman”; “regulation of the practice of Jhum or other forms of shifting cultivation”; “use of any canal or water course for purposes of agriculture” and “inheritance of property”, are within the legislative purview of the Hill Areas Committee (HAC) and the corresponding administrative/executive function thereto being conferred upon the Autonomous District Councils (ADCs) under Section 29 of the Manipur (Hill Areas) District Councils Act, 1971.

In light of this separation of administration as between the “Hill Areas” and “other areas” of the state, Manipur ideally has a system of “Government” within a “Government” and a “Legislature” within a “Legislature. In other words, the Hill Areas Committee (HAC) is essentially to function as the legislative authority and the Autonomous District Councils (ADCs) as the executive authority in the administration of the “Hill Areas”.

The concept of separate administration of the hills is nothing new. Under the India Act/Scheduled Districts Act, 1874, the common term “Excluded Areas” or “Partially Excluded Areas” were initially classified as “Scheduled Districts”, the same being followed by the Assam Land & Revenue Regulation, 1886 which inserted a special chapter classifying this indigenous tribal belts/blocks as “Backward Classes”. Thereafter, the Montague-Chelmsford Reforms reclassified these tribal belts as “Backward Tracts” and made the provisions of the Government of India Act, 1919 inapplicable to these tracts.

Subsequently, by expunging the term “Backward Tracts”, the Simon Commission recommended for the use of the term “Excluded Areas” and proposed that the “Excluded Areas” may be administered by the Governor in his sole discretion as without the advice of the Ministers thereto. The Joint Parliamentary Committee which examined the White Paper observed, “It is proposed that the powers of a Provincial Legislature shall not extend to any part of the Province which is declared to be an “Excluded Area” or a “Partially Excluded Area”… The Governor will also be empowered at his discretion to make regulations having the force of law for the peace and good government of any “Excluded” or “Partially Excluded Area,” but subject in this case to the prior consent of the Governor-General. We have already expressed our approval of the principle of “Excluded Areas,” and we accept the above proposals as both necessary and reasonable so far as “Excluded Areas” proper are concerned (Emphasis added).”
In terms of the above recommendation, Section 92 of the Government of India Act, 1935 accordingly provides that no Act of the Federal Legislature or of the Provincial Legislature, shall apply to an excluded area or a partially excluded area, unless the Governor by public notification so directs and the Governor in giving such a direction may specify that the Act in its application to the area shall be subject to such exceptions or modifications as he thinks fit.

The policy rationale for such exclusion being as observed by Mr. Hutton, Superintendent of the Census of 1931, that “the real problem would appear to be to create self-governing tribal areas with free power of self-determination in regard to surrounding or adjacent provincial units”, or “In the alternative they may retain a sort of emasculated tribal life, deprived of the customs and festivals that gave it meaning and cohesion and fall into that physical apathy and physical decline which has decimated so many tribal communities in the Pacific and elsewhere; and this decline is accelerated in another way by the opening up of communications (Emphasis added)” (Z.A. Ahmad, B.Sc., Ph.B – Congress Political and Economic STUDIES).

After Manipur having merged with the Union of India on 21st September, 1949, special provisions were initially introduced for the separate administration of the “Hill Areas” in the Government of Union Territories Act, 1963. To quote the Administrative Reforms Commission, “A Standing Committee of the Manipur Legislature consisting of all MLAs representing the hill areas has been created. This Committee must be consulted in regard any legislation connected with management of 1and and forests, use of canal water for irrigation, shifting cultivation, village and town committees, appointment and succession of chiefs or headmen, inheritance of property, marriages and social customs (Emphasis added)”.

Subsequently, the Administrative Reforms Commission recommended that “The hill areas of Manipur may be constituted into two autonomous districts for the Kuki and Naga tribal areas. If necessary, autonomous regions can be carved out for smaller tribal groups. Necessary statutory provision may be made for this purpose in the Government of Union Territories Act, 1963 (Emphasis added)” (Administrative Reforms Commission Report on the Administration of Union Territories and NEFA, 1969).

Eventually, the provision of Article 371C was introduced into the Constitution of India by way of 27th Constitutional Amendment in the year 1971, and in pursuance of the powers conferred thereto, the President of India promulgated the Manipur Legislative Assembly (Hill Areas Committee) Order, 1972 for the separate administration of the “Hill Areas”.

Moreover, by enacting the Manipur (Hill Areas) District Councils Act, 1971, the tribal dominated “Hill Areas” of Manipur were finally constituted into autonomous district councils. The State Government, however, has been constantly encroaching upon this sanctity of tribal autonomy.

The hills are erupting once again. Thanks to the blunt attempt to reject the proposed Bill. For decades, the hill tribals have been subjected to diverse forms of intimidation, ill-treatment, rejection, exclusion and oppression. The real threat to Manipur if any is not “tribal autonomy” then, but “majoritarianism of the dominant community”.

Now, the State Government for all purposes has no legal competence to either reject or withhold the proposed Bill, and the only legal recourse available is to “normally give effect to the recommendation of the Hill Areas Committee” or “if the Council is of the opinion that it would not be expedient to do so or that the Hill Areas Committee was not competent to make any such recommendations, the matter shall be referred to the Governor whose decision thereon shall be final and binding on the Council and action shall be taken accordingly” as provided under Paragraph 2 of the Third Schedule to the Manipur Legislative Assembly (Hill Areas Committee) Order, 1972 and Rule 12A of the Rules of Business of the Government of Manipur, 1972.

Sira Kharay is a Lawyer.