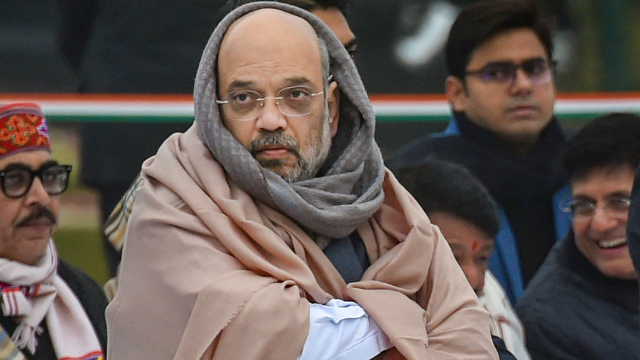 Meanwhile, several Opposition MLAs and leaders are likely to join the BJP ahead of 2021 Assembly polls in Assam.

Shah is scheduled to hold a meeting with party leaders and review the election preparation of the forthcoming Assembly polls.

“Amit Shah will be visiting Assam very soon final programmes are being prepared. As state in-charge, I will be going to Assam on December 23 and will look after preparation for Amit Shah’s visit. On December 25, we will celebrate ‘Good Governance Day’ in Assam. On the occasion, a large statue of Late Shri Atal Bihari Vajpayee will be unveiled in Assam,” BJP Vice President and party’s Assam in-charge Baijayant Panda told ANI.

Sources in the Congress and the BJP told PTI that Ajanta Neog, a powerful Congress leader in Upper Assam, is likely to join the saffron camp on December 26 or 27 during the visit of Union Home Minister Amit Shah to the state.

Earlier, Neog held a closed-door meeting with Assam CM Sonowal at his official residence in presence of Himanta Biswa Sarma.

Along with her, around 100 Congress workers, including several block presidents of Golaghat constituency, are also likely to cross over to the BJP.