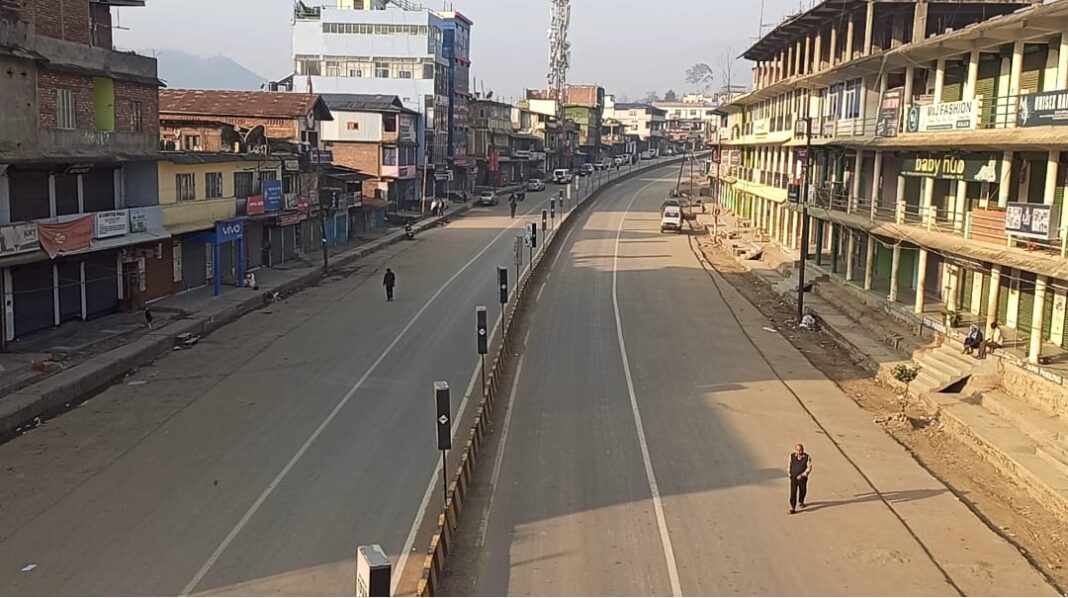 The All Tribal Students Union, Manipur (ATSUM) on Sunday agreed to suspend all forms of agitations after a thorough discussion with chief minister, N Biren at 11:30 am in his office.

In a memorandum of Understanding signed between the state government and ATSUM, represented by its President, Seiboi Haokip, and General Secretary, SR Andria, it has been agreed that the state cabinet will make a decision by March 31, 2021, on the issue of conducting ADC elections expeditiously and related matters

The MoU also appointed Minister (PHED, Printing and Stationary) Losii Dikho and Minister Vungzagin Valte (TA&H, Transport and GAD) to coordinate with all concerned, it said.

The meeting took note of the various issues involved arising out of the Covid-19 pandemic, and also the related demand for creation of Autonomous District Councils for the newly created districts from other stakeholders, it said.