Saleng A Sangma: There is something wrong inside, not only with the MDCs or the executive committee but something is wrong inside the institution itself, otherwise it is impossible for a common man to work for three years without salary. 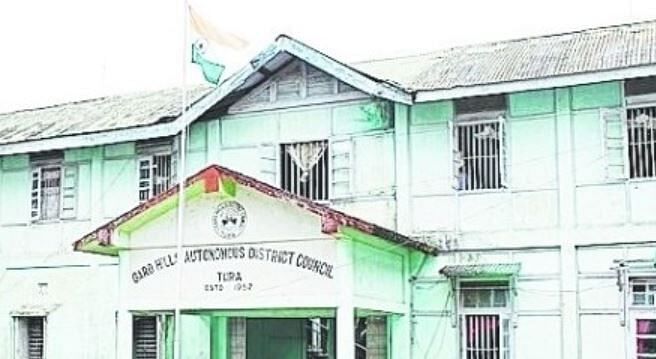 The Nationalist Congress Party (NCP) is not so keen in fielding candidates from all the 29 constituencies due to the current financial mess in the Garo Hills Autonomous District Council (GHADC), which is going for fresh polls on April 9.

“Looking at the situation in the district council right now, we don’t feel like putting much candidates…maybe we might put two-three (candidates) like that as being a national party, at least we have to be there just to feel the presence only,” NCP state president Saleng A Sangma told reporters on Friday.

The Gambegre legislator said the main reason being the fact that the GHADC was not in a position to pay salary to its employees for three years.

Stating that there is something wrong within the GHADC, Sangma said that he was surprised that the employees of the district council are working for three years without salary.

“There is something wrong inside, not only with the MDCs or the executive committee but something is wrong inside the institution itself, otherwise it is impossible for a common man to work for three years without salary,” he said.

“Even after MDCs were not there just imagine the salary could not be paid. That means definitely there is something wrong and which needs to be checked.

So we need educated people who can really drive over the system to correct it. We don’t need uneducated people to be there. We need some educated learned persons who can clean this whole system otherwise putting all the blames every now and then on the MDCs and it is the people who voted for the MDCs, so this is totally wrong to blame only the executives,” he further added

Sangma also cited that the absence of the anti-defection law in the ADCs is also one of the reasons for the NCP not interested in fielding more candidates for the upcoming elections.

On being asked if the NCP will support other political parties, Sangma said that the party will take a call on whether to go for a pre-poll or post-poll alliance.