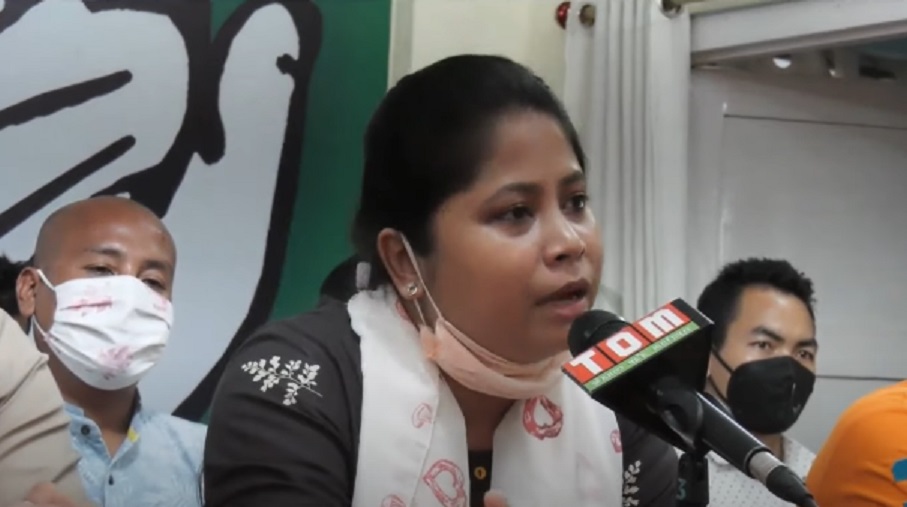 Indian Youth Congress (IYC) secretary (in-charge Northeast) Sarifa Rahman on Monday criticised the Narendra Modi government of “not taking up any step to impart employment to the educated youths of the country”.

In a press briefing at Congress Bhavan in Imphal, she alleged that, under the Narendra Modi led BJP government, unemployment rate in the country has been the highest in the last 45 years and the country’s GDP also shrank. The IYC secretary also said the BJP government at the Centre came to power only on the promise of providing jobs to the youths of the country.  “However, despite being in the second consecutive term, this government has failed to provide employment to the youths and the nation continues to suffer because of the unplanned policies of the Modi government,” she added.

The IYC leader then said the unemployment situation has worsened now due to the COVID-19 pandemic which led to youths leaving their jobs in the urban areas and returning to their homes at rural areas which led to the rise in the number of unemployment. “The unemployment problem is so critical that there is/are one or more unemployed youths in every household of the country”, she alleged.  “Thousands of youths are left with no jobs by the pandemic and no step to solve the problems taken up by the Modi government till date,” she further said.

“In this situation, the Central government is working out policies favouring corporates and businessmen and to strangulate farmers by introducing bills against them,” she further alleged. The IYC leader also said the government did nothing in the interest of the educated unemployed as the government has failed to come out with anything productive for the youths. “Not only this, what the Modi government has done for the welfare of the women and children and youths who are reduced to jobless due to the pandemic has been a big question mark?” she asked.

Amidst these problems, the IYC leader said that the BJP-led coalition government remains concentrated on power politics and ministry reshuffle.

“What has this government done to rehabilitate youths of the state who are hit by the pandemic?” she further asked.

The IYC general secretary then said that Congress will launch a campaign to create awareness among the people about the failure of the BJP government both at the Centre and in Manipur.