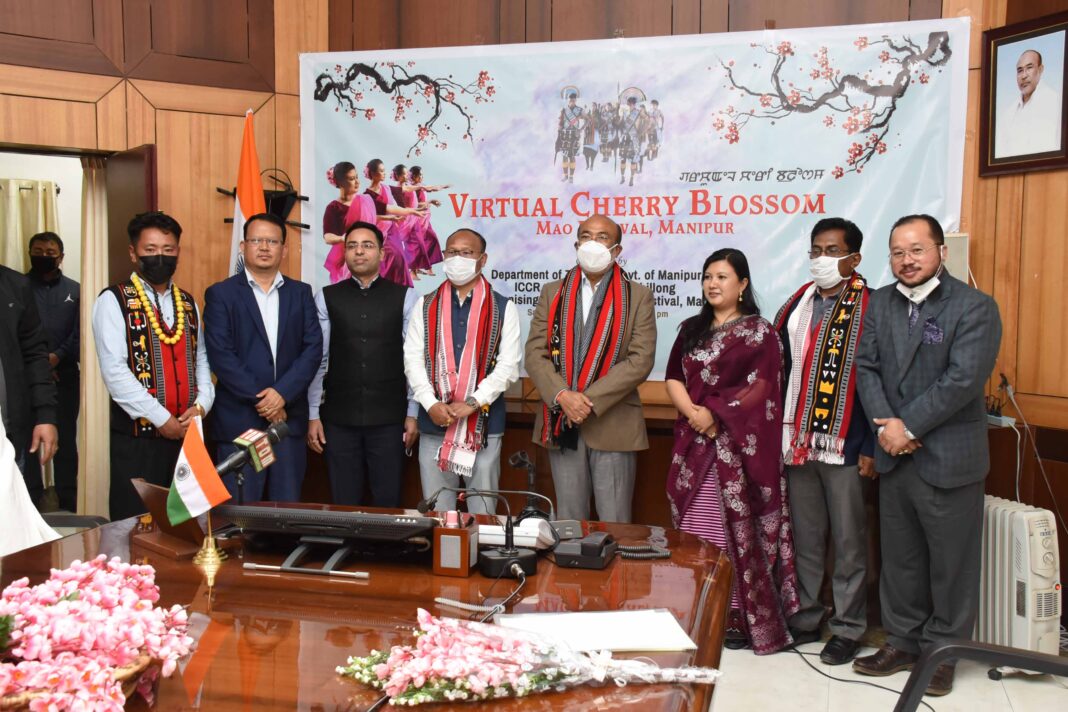 Addressing the viewers worldwide from the Cabinet Hall of Chief Minister’s Secretariat, Imphal, N. Biren Singh said that Mao is not only a major tourist destination but also a crucial hill station for reaching breathtaking tourist spots like Dzuko Valley and Mount Iso – the highest peak of Manipur and other places, the report stated.

Stating that Dzuko is a national wealth, the Chief Minister said that the wildfire that had ravaged the hill ranges of the area had died down with the sustained efforts of NDRF, Indian Air Force, SDRF State Police, Fire Service, the Forest Department, the district administration, village volunteers, MMTA, Assam Rifles, etc.

He then said that the Cherry Blossom Festival of Mao town had already been made a part of the Manipur Sangai Festival. “Though it is a virtual event, this year’s festival would provide an excellent platform for promoting tourism even as everybody is constrained by the COVID-19 pandemic,” Biren Singh said. He also expressed hope that the virtual event would give hope and inspiration to the viewers around the world during this difficult situation. The Chief Minister stated that the Cherry Blossom Festival in the coming years could be an international event. “The State Government is planning to invite delegations from countries like Japan where they also celebrate Sakura Festival,” he added.