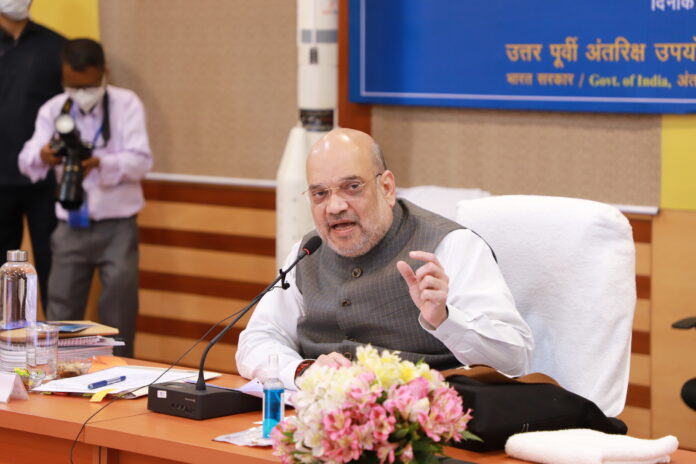 The Northeast Space Application Centre is a joint initiative of the Department of Space (DOS) and Northeast Council (NEC). Union Home Minister Amit Shah is also the president of the NESAC society.

The center helps in augmenting the development process in the region by providing advanced space technology support. The Chief Ministers of all the Northeastern states were also present in the meeting.

During the meeting, HM Shah discussed ways on how NESAC can play a role in stimulating the overall growth of the North-Eastern region by using space science and technology.

“Mapping of forest gap areas, expansion of the land area for horticulture development, Identification & rejuvenation of wetlands, diversion of floodwater, and assessment of Bamboo resources for livelihood needs are a few among many key ideas that were discussed during the meeting”, HM Shah added on Twitter.