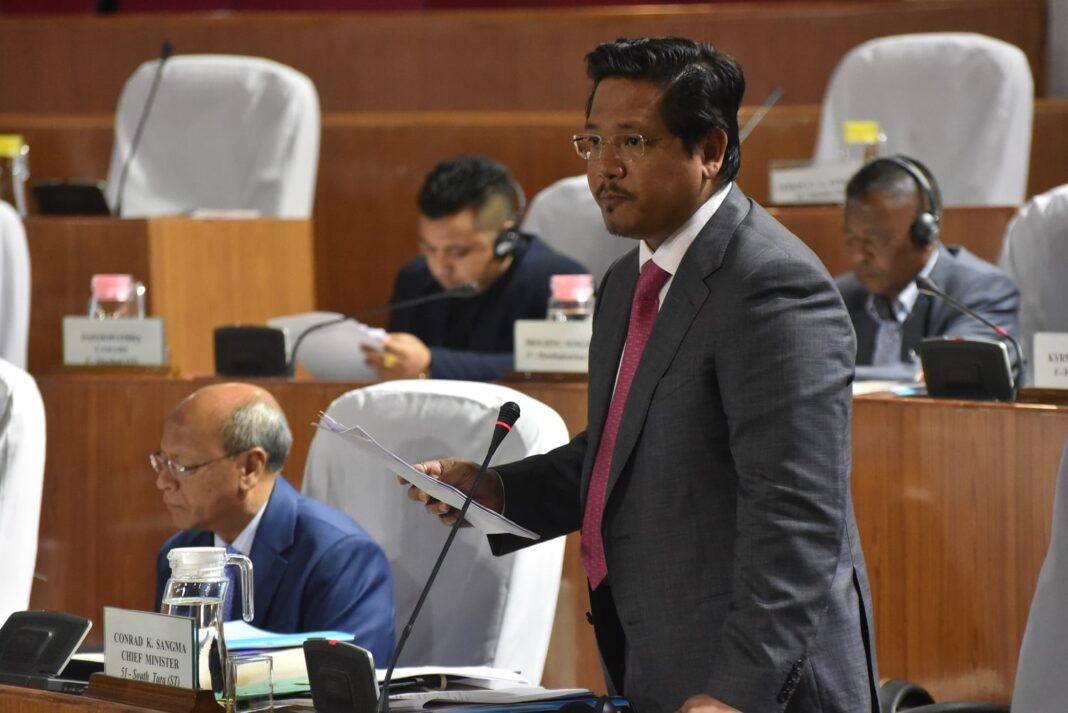 Meghalaya Chief Minister Conrad K Sangma on Friday said the Mining and Geology department would soon submit a report related to the study on the rocks and sediments of the ‘Phud Syngkai’ stream near uranium mining sites in Southeast Khasi Hills district.

The decision to undertake separate study on the rocks and sediments of the Phud Syngkai stream was taken after an expert committee from the North Eastern Hill University (NEHU) found that the radiation level below the source of a rivulet was higher.

The NEHU was requested to assist the state government in the form of a third party investigation by experts from the chemistry and other departments, to ascertain the factual position regarding the radiation levels and whether there is any health hazard in the area.

A six member team under chairmanship of Prof B Myrboh, Department of Chemistry, NEHU visited the site on November 10 and the report was received by the government on December 17 last year, which was only made public in January this year.

Replying to a short discussion tabled by East Shillong Ampareen Lyngdoh, Sangma said the findings of the expert committee were deliberated during an interactive session held under the chairmanship of the Chief Secretary, MS Rao.

He said it was also decided to undertake separate study on the rocks and sediments of the ‘Phud Syngkai’ stream at a credible laboratory to determine the exact cause of the radiation.

The chief minister informed that the Mining and Geology department was accordingly entrusted to take up the study of rocks and sediments.

A joint team of officials consisting of Geologists and representatives of NEHU visited the site on February 22 and samples from rocks and sediments were collected. “The chemical analysis of rock and sediments samples is being undertaken at the laboratory in the Directorate of Mineral Resources to determine the contents of these rocks and sediments. The report on this study will be submitted shortly,” he said.

The chief minister also informed that the government had also requested for Indian Institute of Technology (IIT), Guwahati to assist in the form of a third party investigation on the radiation levels adding that formal confirmation is still awaited from the institute.

It may be mentioned that the investigation was necessitated after allegation was circulated in social media that an explosion had occurred at a repository site at Nongbah-Jynrin, Wahkaji.

Sangma said as per a report submitted by a team led by a magistrate there was no explosion and that the whole village was completely unaware about any explosion or leakage from two uranium repository tanks. It has been found that there are two small holes in one of the tanks which appeared to be intentionally dug, but there is no leakage.

He said as the allegation is about endangering the lives and safety of the local people, views and comments of the Regional Director Atomic Minerals Directorate (AMD) for Exploration and Research North Eastern Region was sought.

Atomic Minerals Directorate (AMD) for Exploration and Research North Eastern Region submitted inspection report and findings of the team of scientists who have inspected repository sites at Nongbah on September 26, last year.

“As per the report there is no explosion and no leakage of uranium ore in repository tanks. The team found holes on top slab covering the tanks which were intentionally manmade.

The team of scientists reported that there is no harmful radiation leakage from these tanks,” he added.

The CM further further informed that the Atomic Minerals Directorate (AMD) for Exploration and Research North Eastern Region in its report on October, 2020 stated that background radiation level in the area around Nongbah Jynrin village including the sites of repository tanks and mining pits is comparable with reported values on Indian and Global background radiation levels.