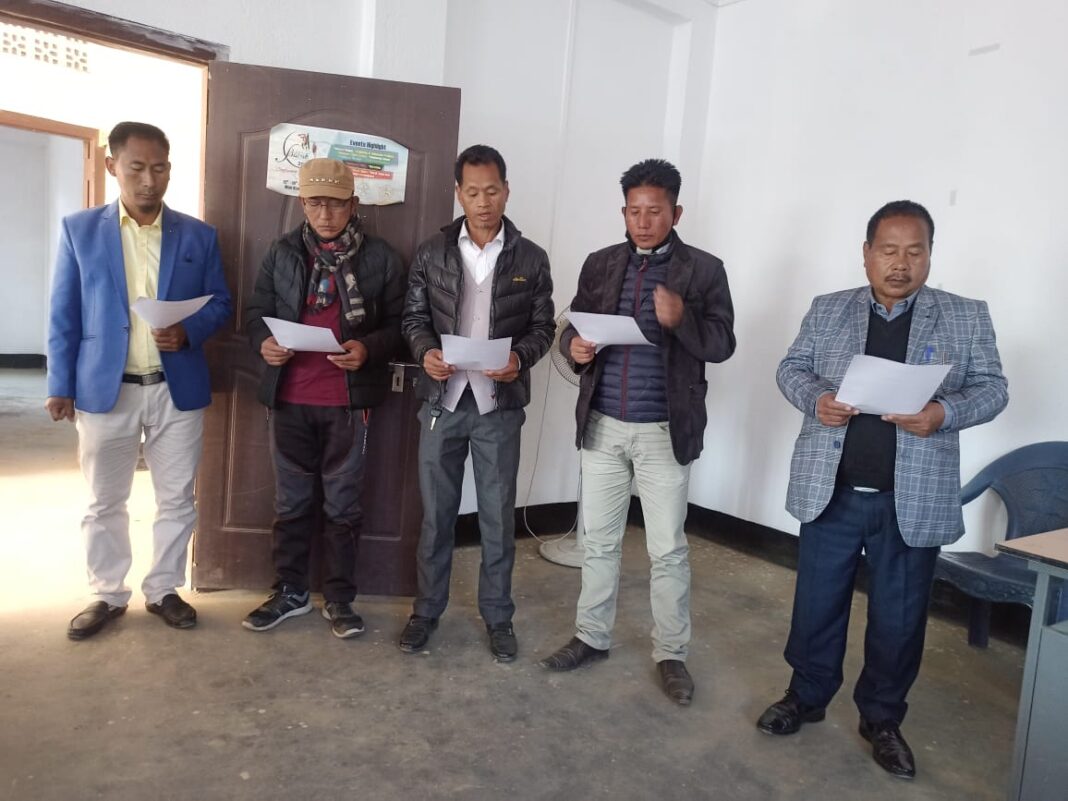 With coming to an end of the previous tenure, 2018-2020, new executives of the Naga People’s Organization (NPO), the apex district frontal organization take charge from today for the tenure, 2021-23.

Solomon Arow, the newly elected President who had also served as the former President expressed gratitude to the Almighty for all His protection to have brought the organization this far. He also thanked the tribe Presidents, the Senapati District Students Association (SDSA) and the Senapati District Women’s Association (SDWA) for their unwavering support to have brought much progress through their cooperation.

The new President apologised on behalf of the old executives if there be any to have hurt the feelings of a tribe or unit not up to their satisfaction who sought to forgive and forget the past if there be any and confessed that there was no intention from his part nor from his colleagues. The President also expressed gratefulness to SKABU pastors for their continuous prayer support towards making the organization a success till date. While the new incoming executives have clear vision to perform in their tenure which could be beneficial to welfare of the district, the new President sought cooperation of all to make the district a peaceful one in the state.

Ch. Parang, the outgoing General Secretary of the NPO in his secretarial report mentioned that the previous tenure witnessed a remarkable change in its functioning under the able leadership of Solomon Arow as the President. He asserted that the organization has conducted different program which was never done before in the history of the NPO besides different important meetings and other important activities for the welfare of the district.