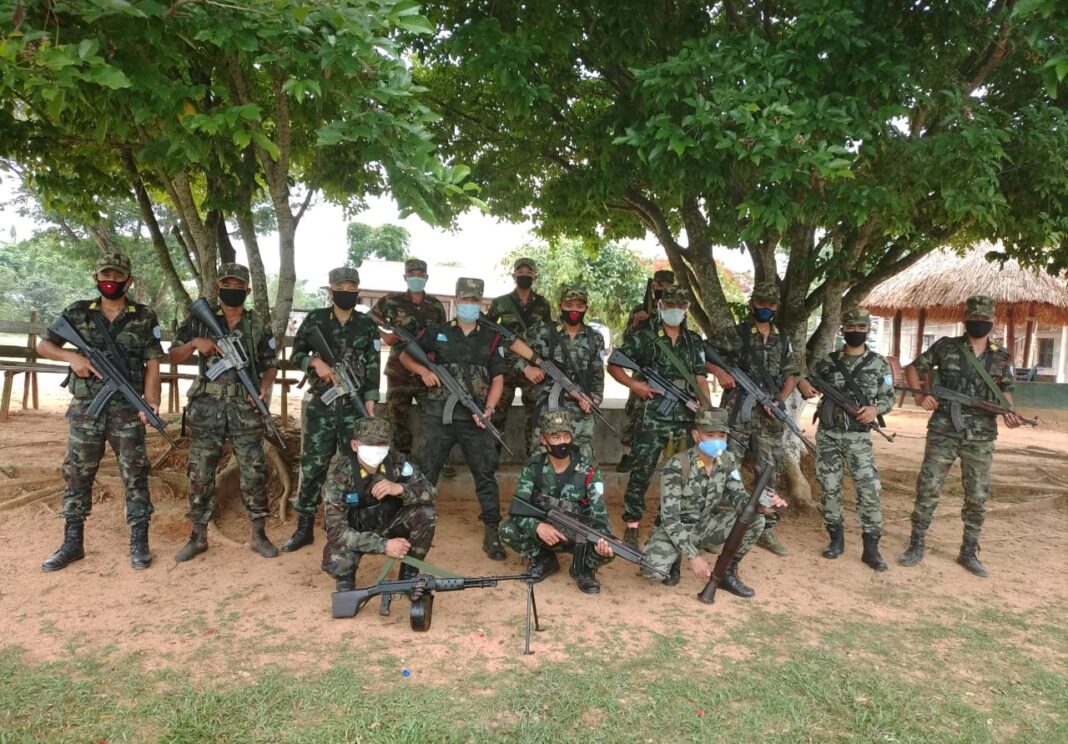 The NSCN-IM has asserted on Sunday that “any formulation or proposal from any quarter which is outside the parameter of the Framework Agreement shall not be acceptable to the NSCN in particular and the Naga people in general”.

The NSCN-IM said it was “constrained” to issue this statement given “the unacceptable posturing of the Indian authorities at the Indo-Naga negotiation” to let the people know what has been transpiring across the desk between the Government of India (GoI) and the National Socialist Council of Nagalim (NSCN)”.

The NSCN-IM statement said that Nagas are not ignorant of the contemporary situation of the world around them. It also said that, as agreed, that within this Framework Agreement both the parties are required to work out the details and execution plans for early implementation. “Therefore, any formulation or proposal from any quarter which is outside the parameter of the Framework Agreement shall not be acceptable to the NSCN in particular and the Naga people in general”, it added.

The NSCN-IM then called upon the Government of India to be more positive and sincere. “We believe there is no human problem which cannot be resolved with human wisdom pregnant with mutual respect and equality as Hon’ble PM Mr. Narendra Modi has often quoted,” the NSCN-IM stated, adding, “We are for peace and progress”.

The statement then recalled that it has been more than five years since the signing of the Framework Agreement of August 3, 2015, made at the Prime Minister’s Office, New Delhi, and witnessed by a host of his ministers and topmost officials. It further said that a score of NSCN-IM delegation also was present at the historic moment. It added that the world watched the live telecast with “awe and jaw dropped as one saw one of the longest armed conflicts in South-East Asia being resolved across the table”.

The statement then stated that the Framework Agreement is in the public domain now. According to the NSCN-IM, it clearly acknowledges that the Indo-Naga conflict is political and nothing else. It further said that both sides have agreed to put this violent conflict to an end once and for all by solving the problem based on shared sovereignty (sharing of sovereign power) by respecting people’s sovereign rights. The NSCN-IM also said that, by so doing, it is confident that India and Nagaland will enter into a new enduring and inclusive relationship of peaceful co-existence of the two entities (India and Nagaland).

“Enduring and inclusive new relationship of peaceful co-existence of the two entities means the relationship is extraordinarily strong, sustainable and durable through trials and pains and the two are to remain interlocked though each maintains one’s own identity,” said the NSCN-IM, “One is not within the other; one is not completely away from the other either. Both shall remain together as two entities as agreed upon”.

According to the NSCN-IM, as both sides are cognizant of the universal principle of democracy that in democracy sovereignty lies with the people, “so with the Naga!”

It then said that Nagas remain grateful to the Indian government under the “statesmanship” of the then prime minister Atal Bihari Vajpayee which recognized the unique history and political situation of the Nagas in July 2002.

According to the NSCN-IM, Naga people’s resistance against the British colonial rule from 1832 onward and the Indian government, “as well for our love of our land, our unfettered right, and our future have been given due recognition as quite a different one from the other component parts of India”. “Historically we have nothing in common. In politics, cultures, social life and traditional ethos too there is nothing commonness,” said the NSCN-IM, adding, “But unfortunately, some Indian leaders are twisting and misinterpreting our unique history and situation in such a  way that in India which is a big country with many states and peoples, they have their own uniqueness in culture, language, traditional practices and so are the Nagas”.

According to the NSCN-IM, many cultures and languages, and social practices are there but politically all of them had joined the Independent Union of India in the 1940s of their own choice. It also said that, before they signed the merger agreements, they had their own unique history but after the merger, they had lost their identities. It added that they have now identified themselves with the union of India but the Nagas have not and so is this uniqueness of “our history”, adding, “They have also deliberately misinterpreted the Naga political identity as cultural which is but a distortion of the agreed two entities and that is never acceptable to the Nagas”. The NSCN-IM then said it must also be clear that “this violent conflict” was not initiated by the Nagas. Nagas are the aggrieved, not the aggressor.

According to the NSCN-IM, despite the bloody past and bitterness, Nagas are realistic and pragmatic that we have agreed to resolve the problem and reconcile with the Government of India by sharing sovereign power and enter into a new relationship for peaceful co-existence of the two entities.