Villagers assured that they would extend full support and cooperation to the "Government’s ongoing War on Drugs Campaign. 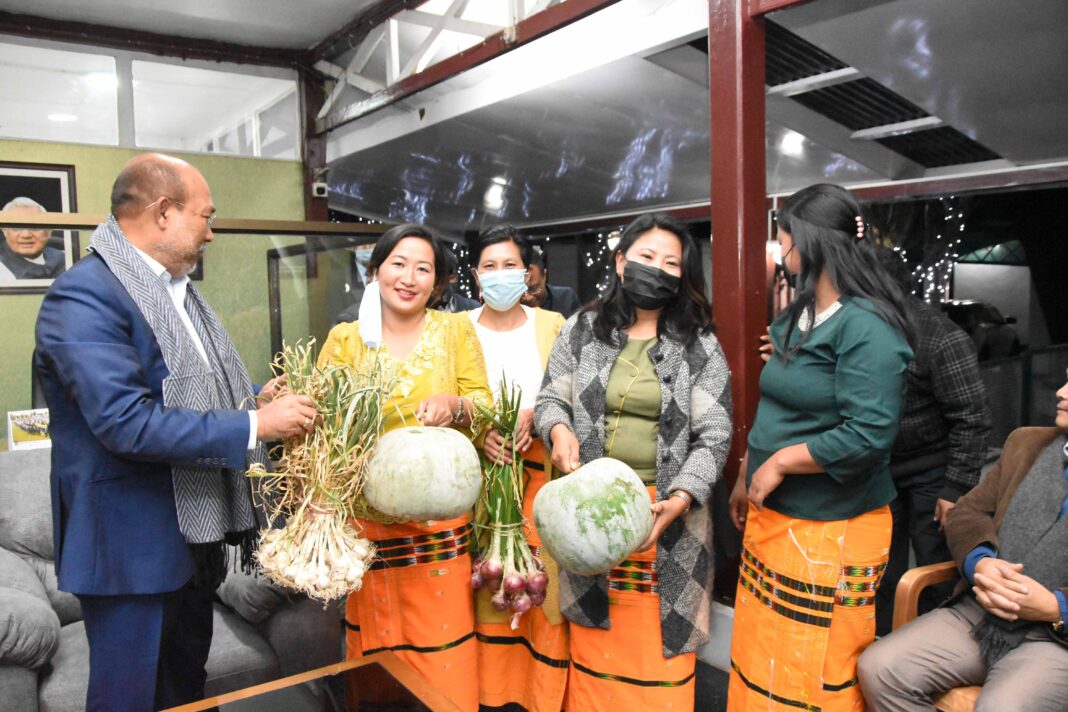 Lauding the villagers for their resolve to destroy poppy plantation, N. Biren said that the State Government has been putting in best possible efforts to curb drug abuse and trafficking. He assured that a market shed with an estimated cost of around Rs 10 lakh and a Primary Health Centre would be constructed in the village soon. Apart from this, a water supply scheme would also be constructed under the Jal Jeevan Mission. He further added that the Government would consider development of a cultural heritage site as suggested by the villagers.

Stating that the Government is ready to provide assistance to villagers as an alternative to poppy plantation, the Chief Minister asked the villagers to consult the concerned officials regarding suitability of other crops in their village. He also urged them to create awareness on the “Government’s War on Drugs Campaign” to their neighbouring villages.

Appreciating the Government’s decision to reward them, Peh villagers assured that they would extend full support and cooperation to the “Government’s ongoing War on Drugs Campaign”.