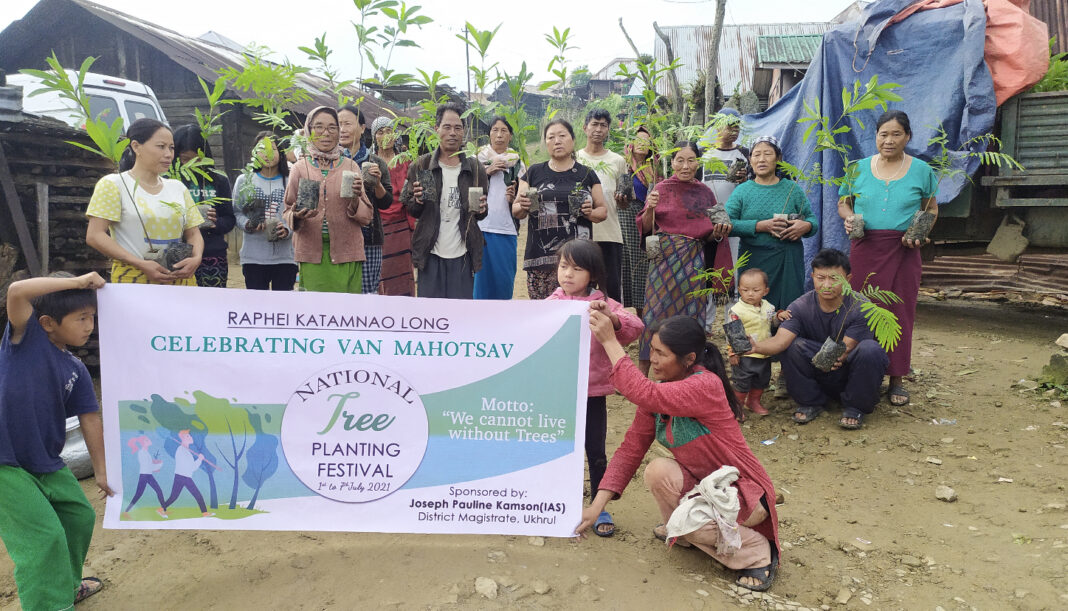 As part of its go green mission, Raphei Katamnao Long celebrated the
national tree plantation festival under the motto “we cannot live without trees” with a sense of nurturing the planted trees which it feels is needed to be taken care and not left unattended.

The RKL, meanwhile, extended its gratitude to DC Ukhrul and forest Division Ukhrul for their support.

Somipam Vashum said that they are looking forward to take better steps in protecting and preserving our ecosystem and environment. “We would also like to appeal all the citizens of Raphei to join hands and save our mother
earth from extinction.”

He pointed out that many tree saplings were planted every year but few survived, that is why we are compelled to choose some villages and insist them to follow up every year so that every sapling that were planted grew up.

Stating that majority of the youths leaders preferred to plant fruit trees, he said that they are mulling of partnering with horticulture department next year as planting of fruit tree is economically more viable as they are importing tons of fruits from outside Manipur.